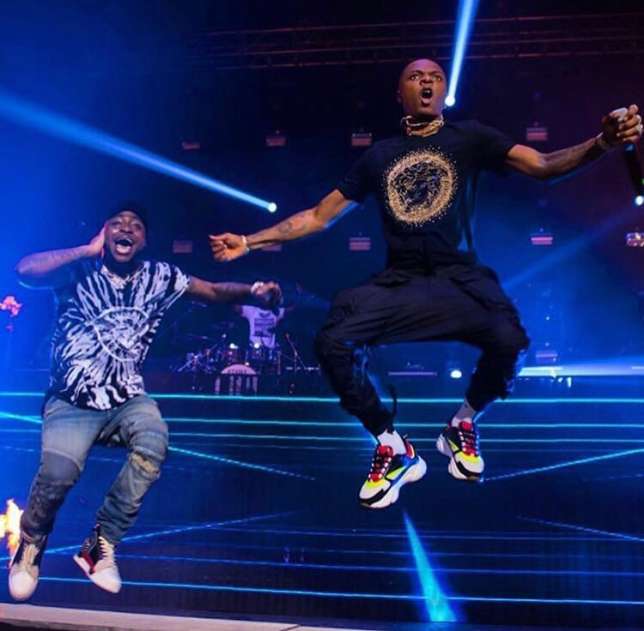 Wizkid performed alongside Davido during the London leg of the latter’s UK tour on Sunday night.

The London concert took place at the 5000-capacity 02 Academy in Brixton. Before London, Davido had performed in Birmingham, Manchester, and Leicester.

Just like they did in each other’s shows in December, 2017, they jumped, sang and got the crowd riled up while performing monster hit ‘Manya’. Check out the video below.

The singer made this announcement on Twitter, explaining that he met his new signee in December 2017, after the singer tagged him in a video on Instagram. You can check out the video below.

Terri will be introduced under Starboy on Wizkid’s debut single for 2018. It is titled ‘Soco’, and also features guest acts, Spotless and Ceeza Milli.

Terri’s signing comes two months after Wizkid signed up Ahmed, a 12-year-old rapper named who freestyled at his headline concert in December.

Made In Lagos EP

Wizkid is also set to drop an EP, titled “Made In Lagos.” According to the singer, thenew EP which he has continuously teased on Twitter, will contain ‘Soco’.

When it is released, this will mark Wizkid’s first ever EP. The singer has three albums, 2011’s “Superstar,” 2014’s “Ayo (Joy),” and “Sounds From The Other Side,” which he released under his deal with RCA Records.