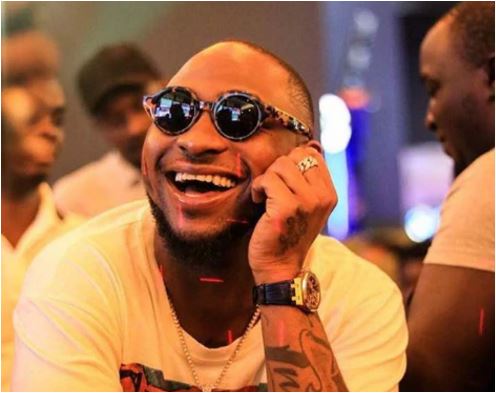 Davido isn’t just settling for the money coming from music as he has taken a step further by expanding his business empire by venturing into motorsports.

The music star revealed his latest business venture on his Instagram page on Monday, October 15, 2018, where he is seen posing next to one his beautifully decorated sport racing cars. According to him, this is his new hustle aside music.

“We not into music only we do motorsports now so follow @chillingmotorsports for update 30BG lifestyle,” he captioned the photo.

Just in case you are wondering what motorsports is all about, let’s satisfy your curiosity. Motorsport involves sporting events which primarily involve the use of motorised vehicles, whether for racing or non-racing competition.

This is not the first time Davido will be revealing that he is expanding his business empire. Recall a few months ago, he announced that he would be diversifying his empire into other sectors including aviation and movies.

Davido isn’t only making back to back hit songs these days as he is now expanding his music business empire with the acquisition of a private jet and plans to venture into movies production. The music star announced that he had gotten a private jet on his Twitter and Instagram pages. On his Twitter page, he went on to tweet about the arrival of his airline.

“Air OBO soon land !!          THIS ONE NAH FINAL,” he wrote. It was the same story on his Instagram stories as he posted a video of catalog showing a private jet and captioned the clip the quote.

“Air OBO soon land, youngest nigga with a jet.” Just so you all know, Davido has a lot of plans to expand his business empire this year with the plans to venture into aviation and movies production. The singer made this known while granting an interview with Goldmyne T.V. ” I’m going to be opening new businesses this year, venturing into aviation, not only music, movies, yea, shooting movies,” he revealed. Congratulations Davido on this new move.
Courtesy: PULSE
QUICK SHARE: