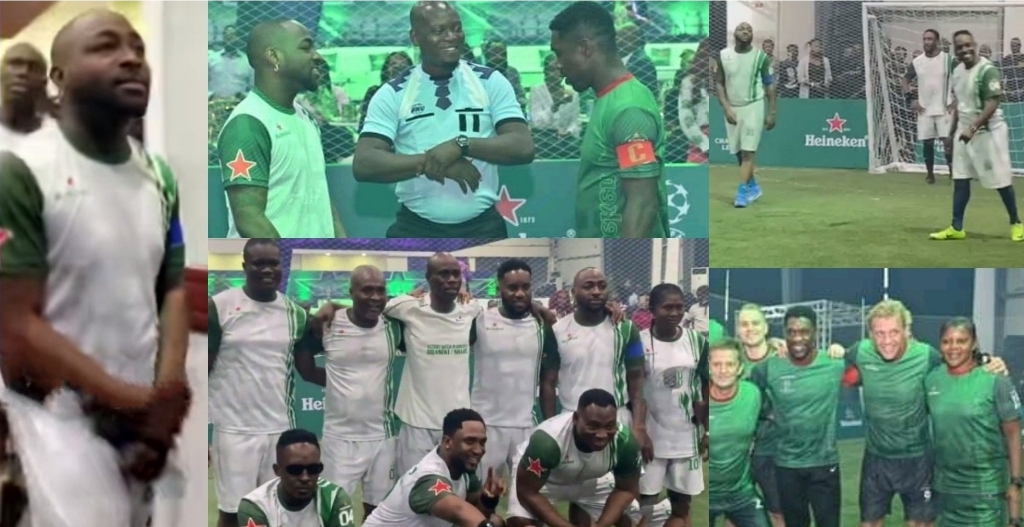 This year, the tour visited Lagos and Abuja, both in Nigeria, where Seedorf featured live in the Heineken football face-off.

The OBO crooner wore the captain armband for his team while Seedorf captained his  squad.

Hundreds of fans in Lagos had the opportunity to see European club football’s most-prized trophy and watch the game.

Reacting to the video, Fans drag the organisers for giving Davido the captain armband in a team that has Super Eagles legends Okocha, Amokachi and the rest. Others expressed excitement over the singer being the captain. 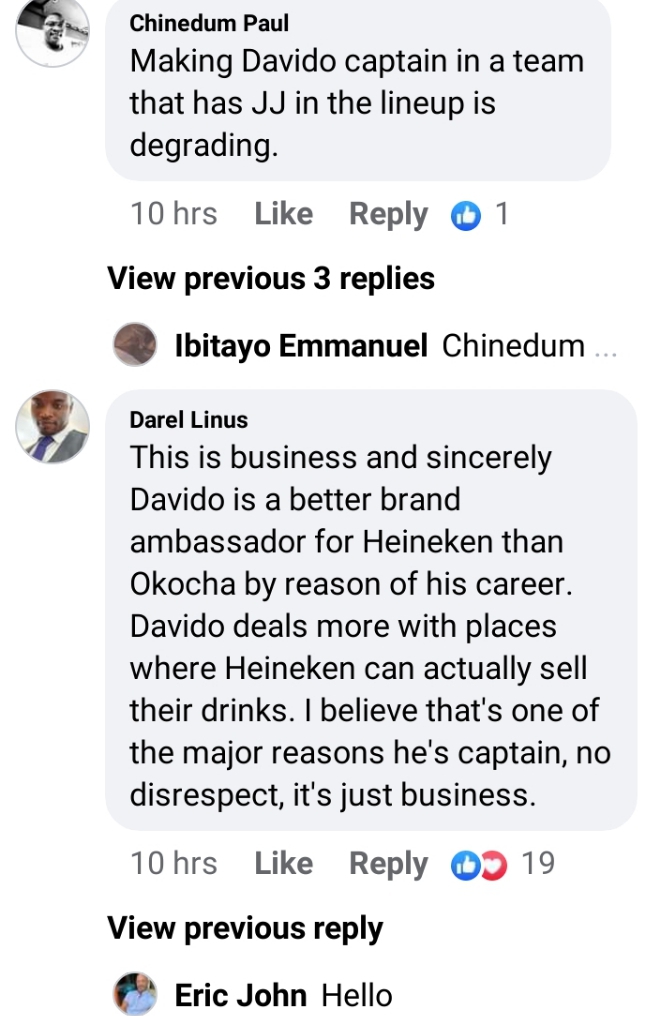 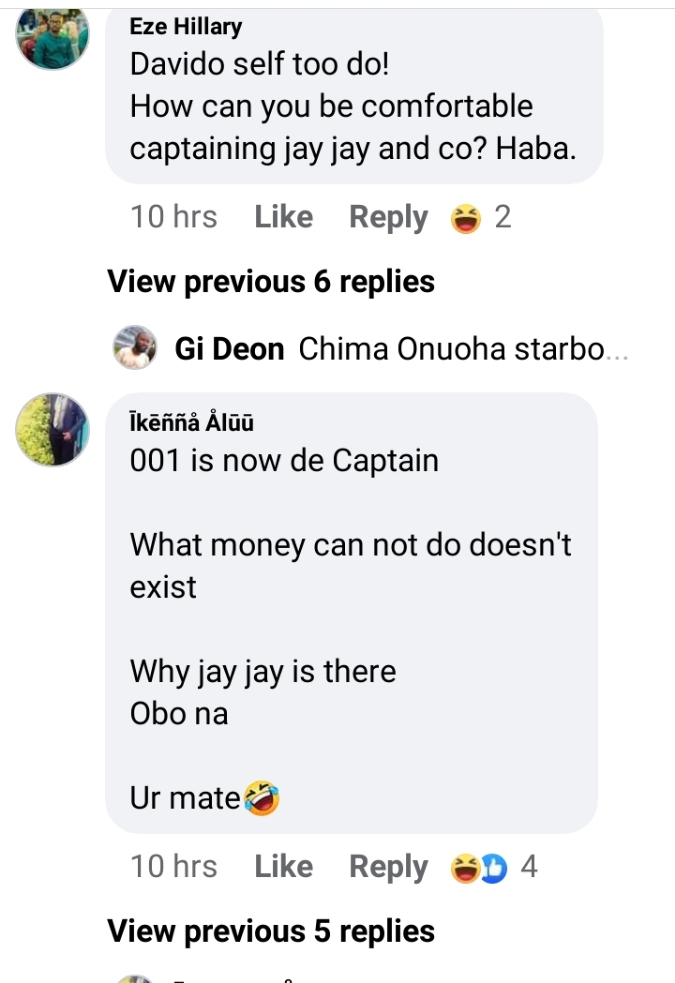