Since the news of a fight between two top singers, Burna Boy and Davido broke, social media users have expressed mixed opinions on the issue.

This is coming after self-acclaimed African Giant and the DMW Records boss had a clash at a show in Ghana after Davido alleged dissed the former with his FEM song.

Here are some reactions below from their fans … 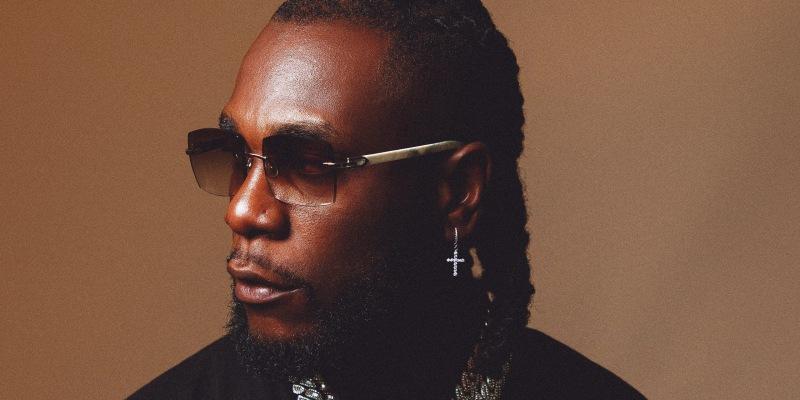 If Davido really fought Burna Boy, then he wouldn’t be the first David to have fought a Giant. 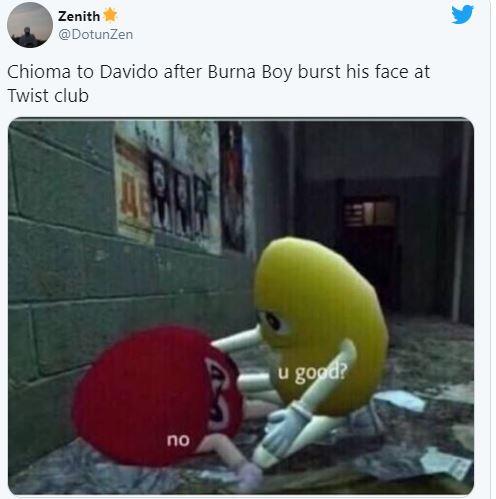 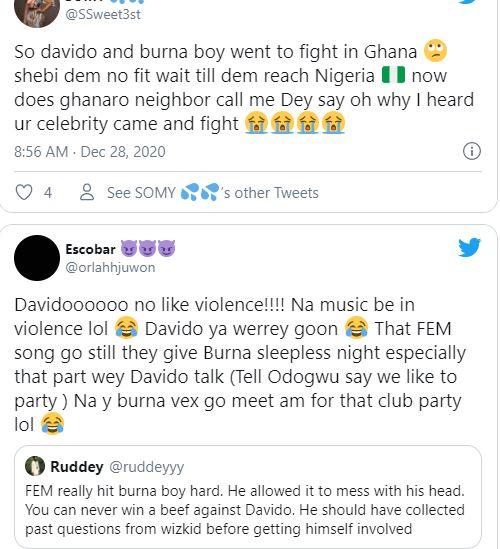 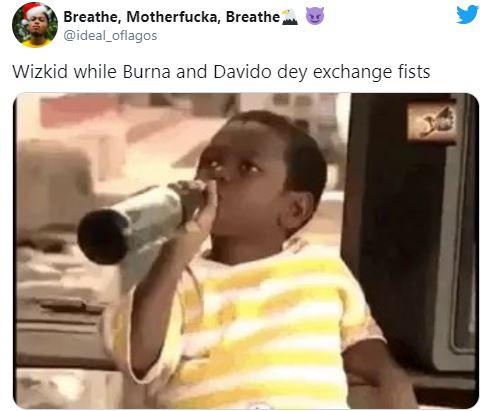 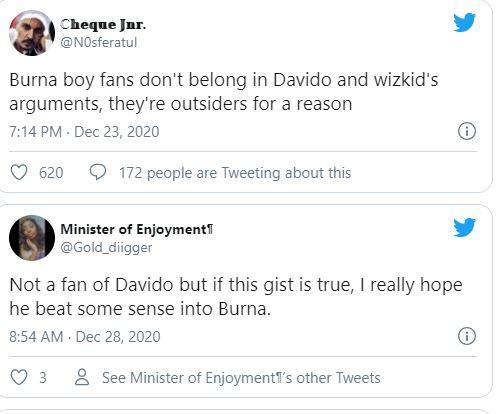 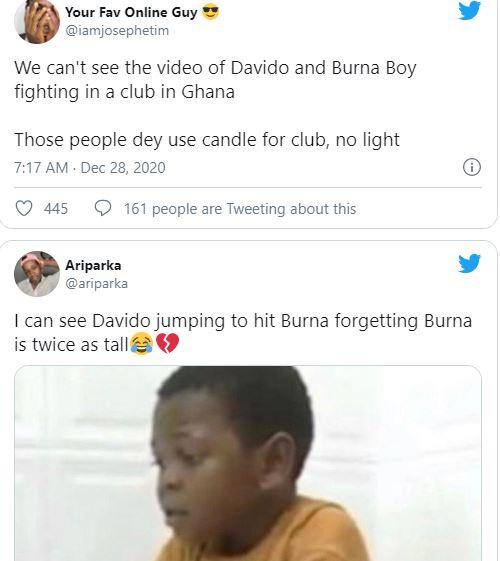 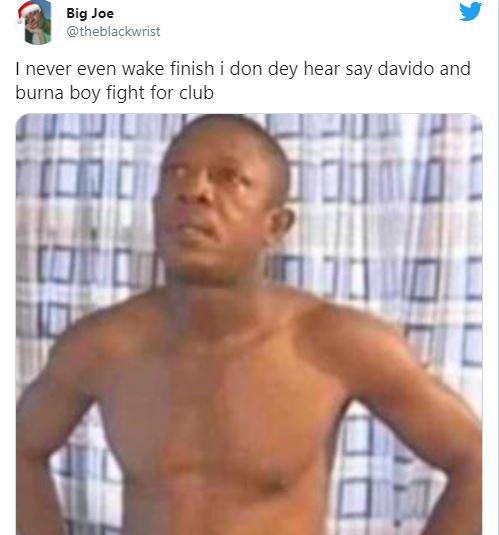