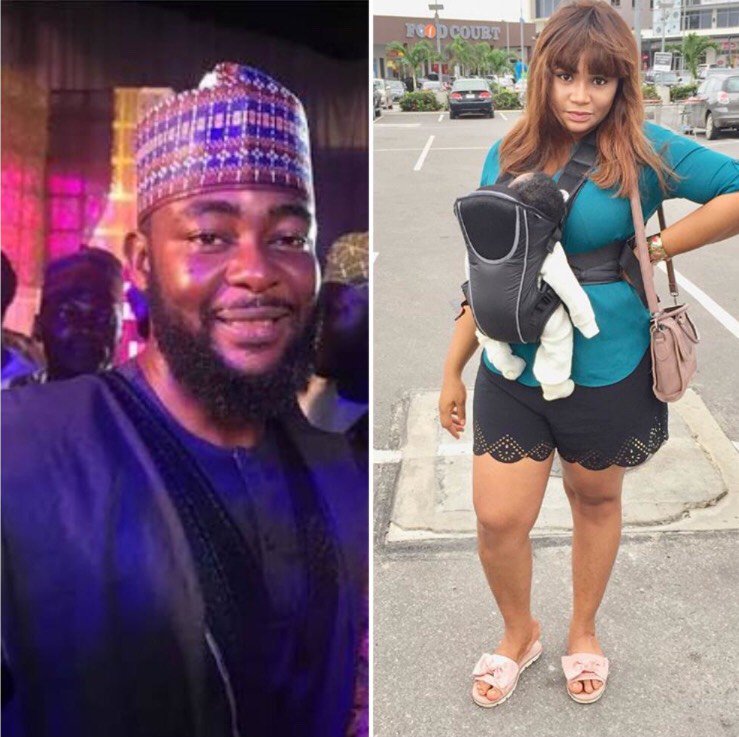 Three months into his wedding to Fatima Dangote, Jamil Abubakar has been called out by a lady who claims she gave birth to his baby.

Irene Chiamaka Nwachukwu, aka Goddess_Irene on Instagram, revealed details of their alleged affair on Thursday, a development that has sent the social media buzzing.

The lady said she has engaged a lawyer to represent her, insisting that Jamil must own up to his responsibility.

She alleged that Jamil offered her N40,000 per month to take care of the baby or to accept a N5million pay off and relocate with the baby.

In the texts she posted, Goodess_Irene also alleged that she was eight months pregnant when Jamil and Fatima had their wedding.

Fatima is the daughter of billionaire businessman and Africa’s richest man, Alhaji Aliko Dangote while Jamil is the pilot son of former Inspector General of Police, Mohammed Dikko Abubakar.

In March, a pre-wedding dinner was held in Kano state to officially mark the commencement of the traditional rites.

The event was attended by friends, well-wishers and family members of Dangote and the Abubakar’s families.

The nuptial ceremony climaxed in Lagos at the Eko Hotel and Suites on Saturday, March 24.

Among those in attendance were billionaire Bill Gates. 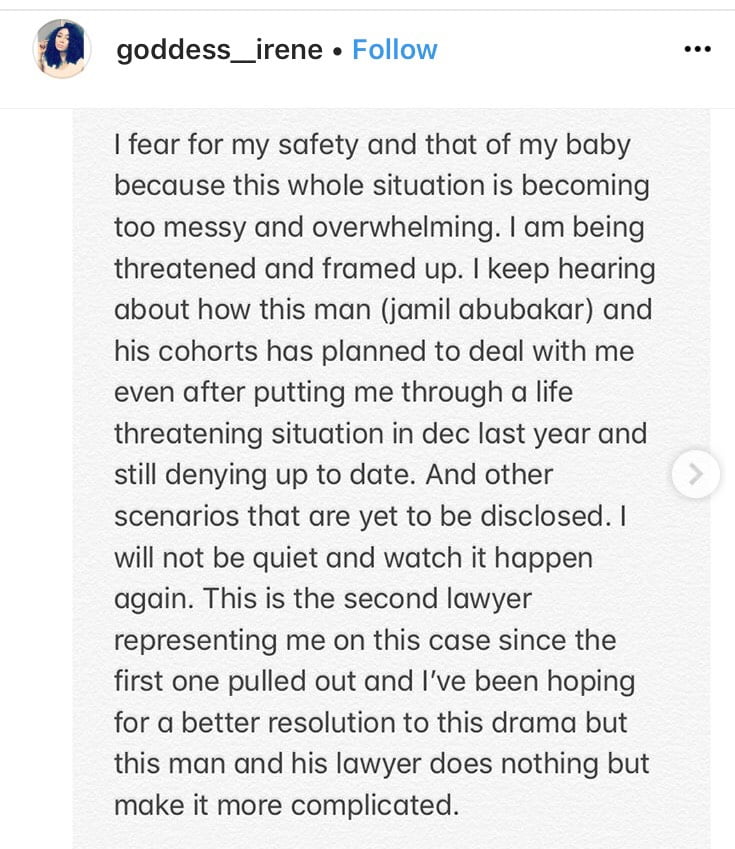 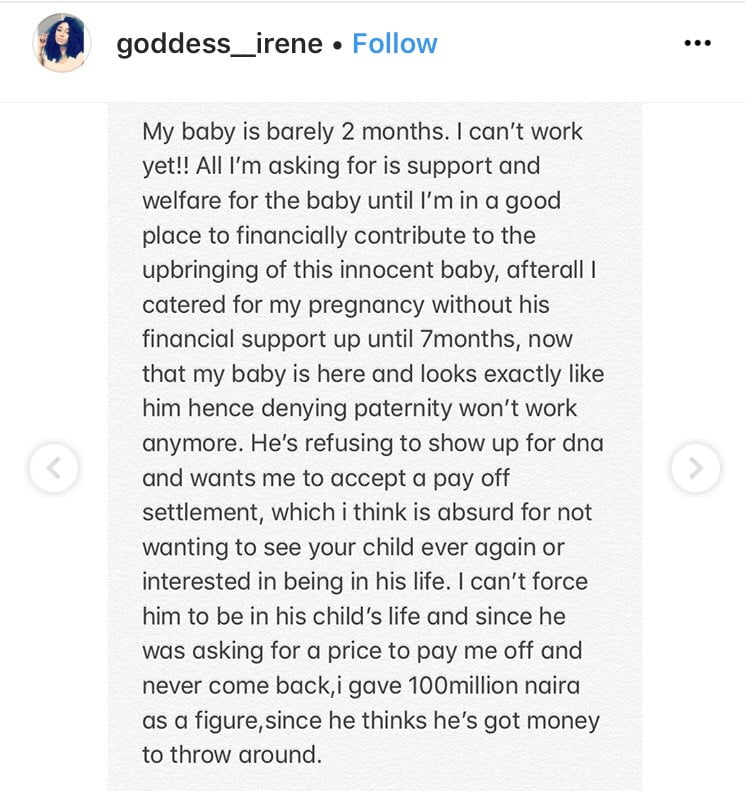 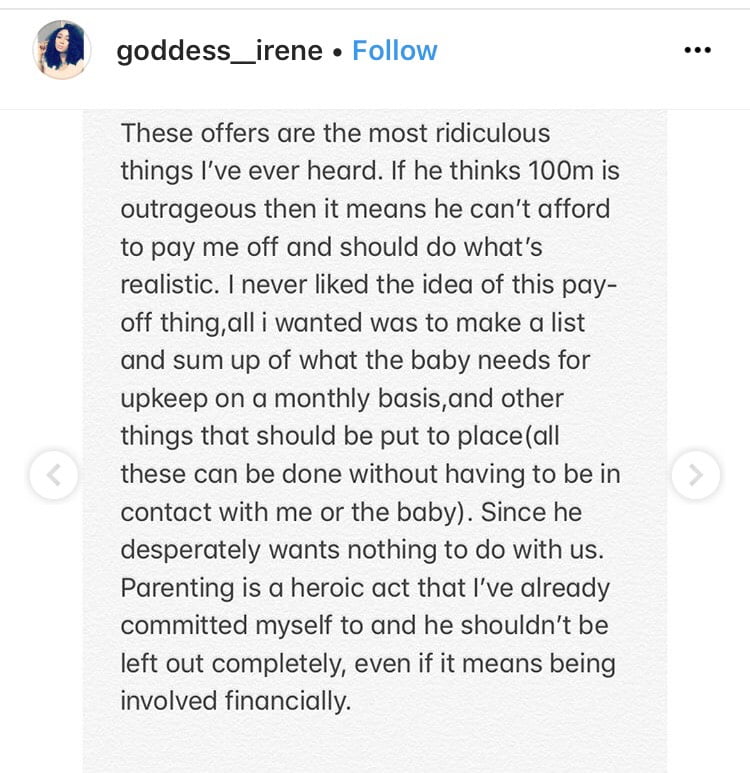 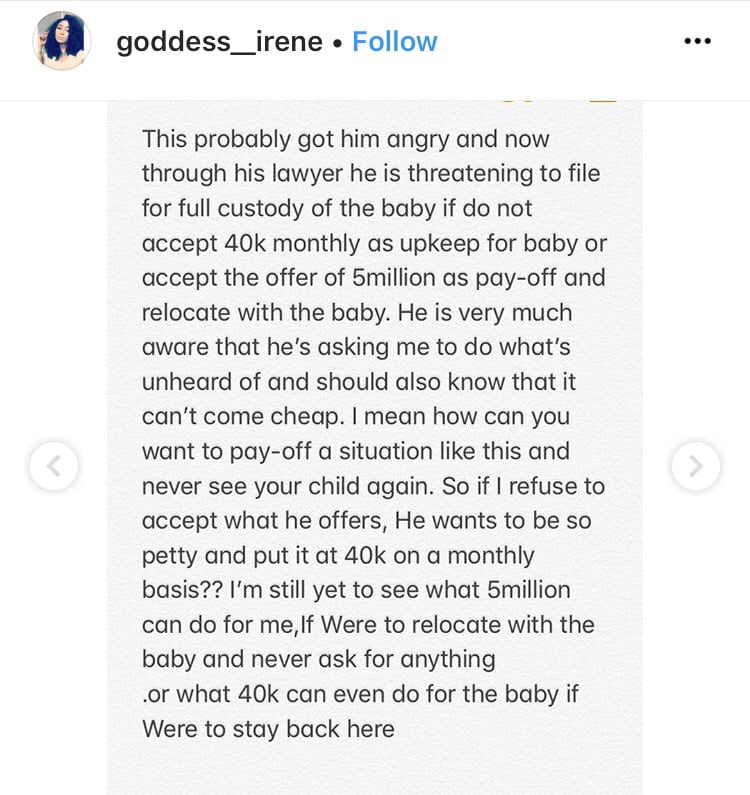 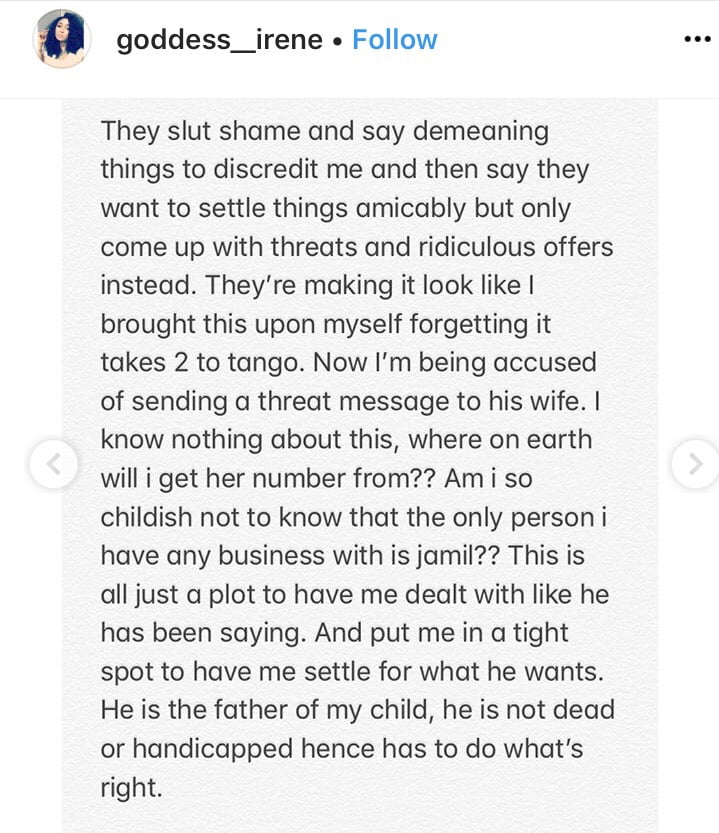