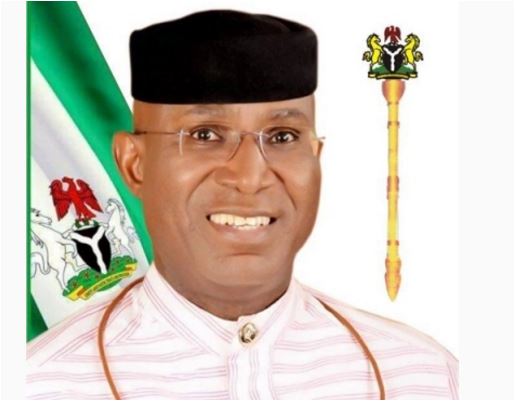 Justice Nnamdi Dimgba, in a judgment that lasted one hour on Thursday, said the order nullifying the embattled senator’s suspension since April 13, 2017, was “with immediate effect.”

He also ordered the Senate and its President, Dr. Bukola Saraki, to pay to Omo-Agege “any outstanding salary and allowance during the period of the suspension.”

The judge held that while the National Assembly had the power to discipline its erring members, the reasons given by the Senate for Omo-Agage’s suspension was unconstitutional, adding that a legislator could not be suspended for more than 14 days.

According to the judge, the embattled senator was punished for filing a suit against the Senate after apologising to the upper legislative house over the allegation levelled against him.

“This decision by the 1st defendant’s (Senate’s) committee to recommend that punishment be meted out to the plaintiff for approaching the court as a deterrence to others is a great violence on Sections 4 (8) and 6 (6) (b) of the 1999 Constitution of the Federal Republic of Nigeria,” the judge ruled.

Restating the old saying that “the court (judiciary) is the last hope of the common man,” the judge held that “access to court is one of the key indicators of a functional democracy,” and that Nigeria being a democratic nation “must not just be heard to be one, our democracy must be seen, felt and experienced.”

Striking down the major grounds on which the senator’s suspension was anchored, the judge ruled that “there is no offence in our legal regime called ‘taking the Senate to court over its internal affairs’.”

He held, “The reason for the suspension of the plaintiff is an unconstitutional one.

“The exercise of a constitutionally given right cannot be a basis for punishment, including in the legislature.”

Omo-Agege was not present during Thursday’s proceedings but his supporters, who were in the packed courtroom, erupted in jubilation after the judge delivered his judgment and receded into his chambers.

The judge had earlier dismissed the preliminary objection filed by the Senate and its President, Saraki, challenging the jurisdiction of the court to hear the case for being an internal affair of the legislature.

Justice Dimgba stressed that the Senate lacked the power to suspend a legislator for more than 14 days, being the maximum prescribed in the Red Chambers’ rules.

The judge said the Senate committed an error by going ahead to punish Omo-Agege while the senator’s suit, challenging the disciplinary process was still pending in court.

He ruled, “Considered together with the failure of the 1st and 2nd defendants (Senate and the Senate President) to stay action upon being aware of the pendency of this suit, is a grave error which the court is empowered to neutralise.

“Even if the reason for the sanction were to be a valid one, I hold also that the punishment of suspension for 90 legislative days is in violation of Order 67(4) of the Senate Standing Orders 2015, and Section 21(2) of the Legislative Houses (Powers and Privileges) Act, which prescribe an upper limit of 14 and 1 legislative days respectively for the suspension of an errant member.”

The Senate had on April 13, 2018, suspended the senator for 90 legislative days over his comment that the National Assembly’s ongoing process of amending the Electoral Act 2010 seeking the re-ordering of the 2019 general elections was targeted at President Muhammadu Buhari.

Meanwhile, Omo-Agege had filed his suit challenging the Senate’s disciplinary process on March 26, 2018, before he was suspended by the Senate on April 13.

He joined the Senate, Saraki and the Attorney General of the Federation as the 1st to the 3rd defendants, respectively.

Reacting to the judgment, through a statement by his aide, Mr. Efe Duku, Omo-Agege said it was a victory for democracy.

He said, “Today’s judgment by Honourable Justice Nnamdi Dimgba, rightly nullifying the suspension of the distinguished Senator Ovie Omo-Agege, is consistent with our firm position that the Senate, as a foremost national institution, should live consistently by example and set the pace in legislative best practices. “We are grateful to His Lordship, and indeed the entire judiciary, for affirming once again that ours is a democracy guided by the rule of law and constitutionality.

“We want the good people of this great nation to appreciate this victory for what it is. It is not a victory against the Senate as there is no war against that great institution. Rather, given his fine understanding of the law, Senator Omo-Agege believes that there are rare moments that demand the intervention of our courts to enrich the law and our constitutional experience.

Omo-Agege, who later spoke with The PUNCH in Abuja, added that only his constituents, the Urhobo people, could suspend him from the Senate.

He said he knew all along that his suspension by the Senate was illegal, saying that was why he went to the Red Chambers to attend plenary on April 18 – one week after his suspension.

Meanwhile, the Senate said it had yet to be formally informed about the court judgment nullifying Omo-Agege’s suspension as of 5.25pm on Thursday when The PUNCH contacted the Chairman of the Senate Committee on Media and Public Affairs, Senator Aliyu Sabi-Abdullahi.

Abdullahi told one of our correspondents that the Senate would have to be communicated to after which they would deliberate on the court’s decision.

“You are the one telling me (about it) now. I cannot react to what I don’t know. It not just when I have it (the information) but when the Senate has it and deliberate on it. I am not the Senate and I won’t create words for myself,” Abdullahi said.

However, the Special Assistant to the Senate President, Saraki, on International Relations, Mr. Bankole Omisore, disclosed through his Twitter handle, @MrBanksOmishore, that the judgment would be appealed.

He tweeted, “Since the order given under omnibus prayer is appealable, lawyers representing the Senate have filed a notice of appeal immediately and parties will be served today.”