Nigerian actress, Cossy Ojiakor has shown off her new man few days after her ex-German fiance, Abel Jurgen called off their engagement and accused her of domestic violence.

Cossy made this known yesterday, December 16 after she posted a photo of a man, who looks like a foreigner, and wrote “Enough of the ex… meet my next.”

The heavily “gifted”  actress included love emojis and added, “I just love it when he calls me Queen Cossy. No 1 contender… moving on fast.” 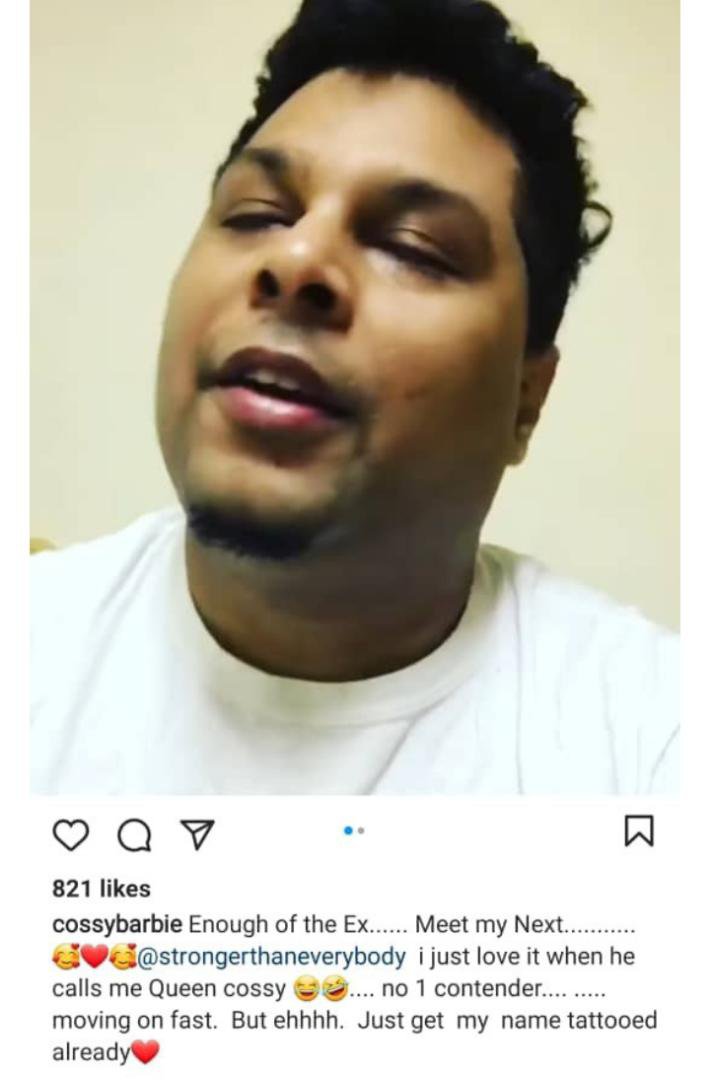 However, at the time of filing this report, the nationality of her new man is not known yet.

Recall her ex accused her of domestic violence and Cossy hit back saying he is being childish as he started the fight first.

Her ex then age-shamed her and said she’s old enough to be his grandma and added that he’ll be covering the tattoo of her he has on his body.

In a direct hit at her ex for his tattoo statement, Cossy wrote to her new man, “Just get my name tattooed already.”

Meanwhile a look at his new man’s Instagram page shows he is private on the photo and video sharing platform.