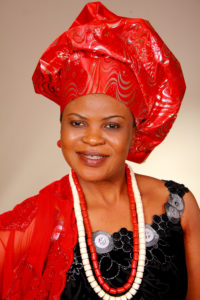 The Convention was an extraordinary gathering, as the people of Enugu State, resident in the United States were joined by their brothers and sisters from Nigeria and in the diaspora, as well as friends and well-wishers.

The Convention effectively began on Thursday, June 30, 2016, with the Post Medical Mission Conference at 7 PM Pacific Time; hence, the Secretary General, Honorable ChukwumaOjukwu introduced some officials and the Medical Mission workforce present at the conference. Subsequently, the National President, Dr. SinachiUgwuonye took the stage to deliver her speech on the Medical Mission, which concentered on 2015 Medical Mission Outreach and the workflow. This was amplified by the presentations made by the officials who actively participated in the Medical Mission, giving articulated information about the towns visited and what they met on the field, as well as those that received medical care.

The Following Members Participated and Made Presentations On the Medical Mission On June 30 And July 2 Respectively:

effectively spoke on the need to use data collection in the future to enable the use of statistical data in drugs purchase; further, he encouraged all to be part of the Medical Mission.

with a projector, madea slide presentation on the Medical Mission activities in Enugu State in December 2015.

discussed the positive changes, especially the pre-screening of medical professionals for the mission to avoid impostors.

who attended the convention from Nigeria, discussed many positive changes, stating that the number of patients attended to during the 2014 and 2015 missions was tremendously increased a hundredfold higher than what it used to be due to sophisticated and enhanced programs that were ushered in by the 2014 – 2016 administration.

The Following Participants, Who Were On Ground at The 2015 Medical Mission, Made Contribution:

Some other members present participated and offered suggestions.

On July 1, the National President, Dr. SinachiUgwuonye declared the 2016 convention open at the Fridaywelcome party. The Planning Committee Chairman, Chief Greg Amalu and the Host Chapter President, Hon. Peter Ude also welcomed all to the convention.The party kicked off at 7:30 PM Pacific Time and was a successful and well-attended event, which went on until the late hours of the night; people chatted, ate, drank, and danced as DJ Osondu was actively entertaining those present with music. Per arrangement, the registration of the conventioneers commenced on that same Friday evening with every sense of priority. Therefore, those present were duly registered.

On July 2, the business meeting went as prearranged with the registration of the conventioneers progressing smoothly and more efficiently. At the beginning of the business session on Saturday, the Host Chapter President, Hon. Peter Udeh thanked the members for prioritizing the convention and making time to attend. Followed was the introduction of the moderator, Prof Bedford Umez by Sir David Ekwueme. The moderator, Prof. Umez invited the President, Dr. SinachiUgwuonye for her remarks. The president, while delivering her remarks, used the opportunity to call for support to the incoming administration to ensure that the next administration does not lack performances and delivery capacities that could arise from unattractive conditions. Without procrastination, she thanked the members for contributions and support they rendered to ensure her administration succeeds in all possible ramifications and maintains adequate integration and peaceful coexistence among the chapters under the umbrella organization of all the Enugu State people in the United States of America.

Hon. Hilary Onyeishi– The Igbo Cause

The presentations peppered heavily with the avalanche of information were compelling, persuasive, and sublime.

The Gala night was an event with impressive activities, such as fundraising, cultural display, raffle draws, chieftaincy titles conferment, and presidential awards. The event was well-attended by members from diverse backgrounds and professions, including other guests from Nigerian community; all enjoyed a gourmet dinner and drinks of their choice.

The Following Members Were Conferred Chieftaincy Title By His Royal Majesty, Igwe S. M. Ozoekwem And His Royal Highness, Igwe E. C. Anichebe In Recognition of Their Efforts And Contributions To The Enugu USA Medical Mission:

The Following Members Received the Presidential Award for Their Dedication and Support to Enugu USA:

Series of Activities on July 3.

Appointment of the Electoral Officers:

Dissolving and Constitution of the Board of Directors:

In accordance with the Constitution of the Enugu USA, the Board was formerly dissolved by the Returning Officer, Hon. Alex Ozomma, and the new Board was duly constituted and sworn in.

Dissolving of the Executive Arm:

Hon. Attorney Celestine Ude, by power conferred on him as the Chief Legal Officer, dissolved the Executive branch in line with the Constitution.

The Convention reinforced the importance of standards to ensure credibility in the election process that produced the new leaders.

The following positions were contested and won by candidates who had the chances of winning the elections:

Hon. IzuOnyeani emerged as the Chairman of the Board of Directors Enugu USA after he polled 35 votes to defeat his rival, Hon. Nat Igbokidi, who secured 21 votes.

Hon. ChukwumaOjukwu emerged as the President of Enugu USA after he polled 31 votes to defeat Hon. Leo Ugwu and Hon. Christy Obimah who respectively secured 21 votes and 4 votes.

The Following Unopposed Candidates Were Elected to Their Respective Positions.

In line with the Constitution, all the newly elected officials were duly sworn in at the end of the elections.

Conflict of Interest Between Parties in The Process of Election:

A situation in which the concerns of two different parties were incompatible was made possible as disagreement ensued from the preexistent decision of the former Board of Directors to disenfranchise the two newly registered chapters. To conveniently determine the solution to the contentious issue, the legal team, with every sense of responsibility, consulted Constitution to ascertain the stance of the Constitution on such issue. While delivering their ruling on the matter, the legal team asserted as follows:

Therefore, the two chapters were automatically granted the rights to vote.

Nevertheless, disagreements were brought into renewed existence after the returning officer announced that the candidates running for the posts of the financial secretary and treasurer respectively were formally disqualified by the former Board, led by Hon. John Agbo as Chairman and IjeomaNwaeze as Secretary. Therefore, to find common ground on the matter through interpretation of the Constitution, the legal team met and gave their ruling in favor of the affected candidates.

The legal team, while delivering their ruling, declared as follows:

The nullification of the said disqualification paved the way for the affected candidates to stand for election. Consequently, some parties expressed their dissatisfaction over election-related processes.

Keeping Faith with The Ideas and Achievements of the Past Administrations for Greater Efficiency, The Convention Resolved as Follows: