Cybercitizens speculate infidelity on the part of the highly-rated singer, Peter Okoye due to a recent post he shared concerning his wife, Lola Omotayo.

The father of two took to the microblogging platform, Twitter in the early hours of Sunday, 6th November to beckon people to tell his wife that he loves her.

In reaction to the plea, tweeps speculated that he must have cheated on his wife which apparently prompted the tweet.

Check out some reactions below: 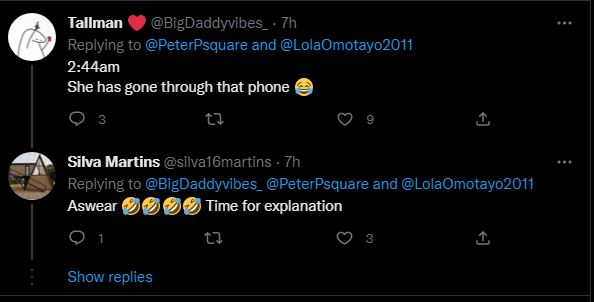 Recall that Peter Okoye came under intense backlash after he kissed a female fan during his concert. Amid uproars from netizens, the crooner took to social media to shut the mouths of critics by stating that his wife didn’t complain over the act.