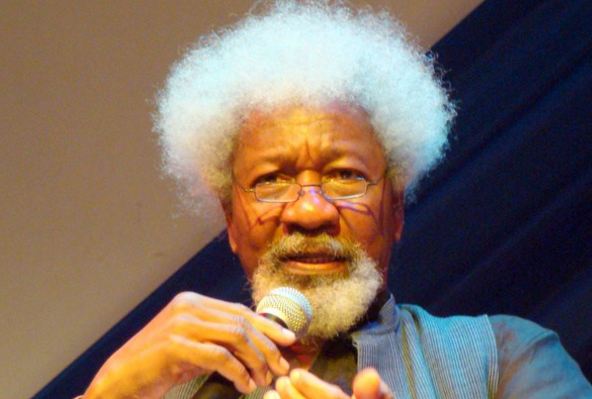 Obasanjo, who paid a condolence visit to Governor Simon Lalong of Plateau State on Wednesday, said the magnitude of security challenge the country was experiencing under Buhari’s watch was on the high side when compared to what happened during his tenure.

However, Soyinka noted that killings by herdsmen had been persisting because the Federal Government under Buhari had been treating killer herdsmen with kid gloves.

Obasanjo challenged the federal and state governments to identify the root cause(s) of insecurity and deal with them so that people would get a reprieve from the incessant violence in the country.

Obasanjo admitted that although there were problems during his time in government, “but not in this magnitude.”

“Even in my time, we had problems but not in this magnitude; we thought we were dealing with them as of that time but the earlier we deal with it, the better. I believe we can find solutions, we must find solutions,” he emphasised.

The former President, however, expressed optimism that solutions could be found to address the challenges and extended his condolences to the bereaved families.

Obasanjo said, “I’m here (in Jos) to express my condolences; what happened is very sad that in this day and age, this type of barbaric act is taking place in our country. I have suggested and I will say it again that we should find out the root cause of this problem and deal with it.

“There must be the remote and immediate cause, if we deal with it; we are not going to be multiplying condolence visits. I believe that any human problem has human solutions, I do hope and plead with the government at the federal level, those of you in states and even local government level, to join hands even at the community level to find the causes and deal with them permanently. We offer our condolences to the bereaved families, all we can say is that God knows the best.”

In his response, Lalong appreciated Obasanjo for the visit, saying that a phone call would have been okay.

He said, “Insecurity is not new to me, we thought we could handle it. When we came in, we quickly put up a team including Berom and Fulani. They came out with a road map to proffer solutions, we adopted the recommendations and have implemented some and was in the process of implementing the remaining ones. We have done our best, we have learnt our lessons. We will be very firm.”

But Soyinka in a statement titled, “On Demand: A language of non-capitulation, non-appeasement,” urged President Buhari to make killer herdsmen pay for their crimes to send a strong warning that his administration would not tolerate forceful land seizure anywhere in Nigeria.

The Nobel laureate said Buhari’s claim that it was unjust for the public to accuse him of being silent on the killer herdsmen’s activities was based on their observation of his “erstwhile language of complacency and accommodativeness in the face of unmerited brutalisation.’’

He added that Buhari had yet to speak in the language that the “murdering herdsmen” understand by exhibiting that forceful seizure of land would not be tolerated in any part of a federation under his governance.

Soyinka said, “That the temporary acquisition of weapons of mass elimination by any bunch of psychopaths and anachronistic feudal mentality will not translate into subjugation of a people and a savaging of their communities.’’

The playwright noted that certain unconscionable events had taken place in the country which could not be ignored, adding that entire communities had been erased from the national landscape, thousands of family units in mourning and survivors scarred and traumatised beyond measure.

He stated that famine loomed in many areas, even in those lodged in acknowledged bread baskets of the nation, adding that “impunity, gleeful and prideful impunity substitutes for decent self-distancing from once unthinkable crimes – let us not even speak of expressions of remorse and human empathy. The instigators, increasingly fingered as directors of human carnage are strutting around, defiant, justifying the unspeakable, daring a nation…’’

Noting that land-grab must be reversed, Soyinka said the restored would still require to be defended and aggressors also served a lasting lesson both from the manifested responsibility of governance, and the resistant will of the people.

“Accounting for crimes is also part of that responsibility, and such criminality must not be seen to be rewarded through idealistic solutions that paper over crimes against humanity. For that is the present actuality. Crimes against our humanity have been committed, and restitution must be made. Nothing less will restore confidence in a government, and reassure the people of its integrity, its commitment to equity in internal relationships and the rightful custodianship of ancient resources,’’ Soyinka said.

The playwright said it was a time of far-reaching, yet immediate decisions, because the nation was dying.

According to him, the time for false pride is over and if the nation lacks the necessary technical resources, then there remains only one blameless, overdue  recourse and it is for the President to ‘Get help.’

Soyinka, who bemoaned the recent attacks on Barkin Ladi council area in Plateau State, noted that five young men were recently sentenced to death by a high court in Zamfara State for allegedly killing a herdsman.

The playwright stated that though he was not condoning murder in any cause or by anyone, it was necessary to insist on transparent and impartial justice.

He revealed that when he visited the Governor of Benue State, Samuel Ortom, some weeks ago, he bitterly lamented that security agencies had ordered his communities to surrender even the very machetes of routine use in farming.

Soyinka also said what he termed as ‘the Danjuma thesis’ that helpless Nigerians should defend themselves was neither new nor strange, but simply a restatement of the logicality of human response in the face of aggression.

He told the President that he strongly believed that the recent planned massacre had a numerical target which was the formal annunciation of a new law.

The playwright stated, “From now on, for every missing, maimed, even legally seized cow-perhaps for trespassing and damage-one human being shall die, and the commensurate land shall be forfeited. Make no mistake, that is the message! Berom or Ondo, Tiv or Efik. Egba or Igalla — it makes no difference — this is the language, and if your government does not understand it yet, we, whose field is language, both spoken and symbolic, must decode it for you.’’

Soyinka said he also learnt that a former Secretary to the Government of the Federation, Chief Olu Falae, whose ordeal of being kidnapped by the “marauders was still fresh in the nation’s mind,” was still under siege by the same forces as neither he nor his workers could routinely attend to the farms.

“An aggressor who sniffs, however faintly, the permissive air of immunity, is near totally beyond recall. Only the stern language of reprimand, manifested in act, will deter him,’’ he stated.

He noted that the language of the leaders of Myetti Allah whom he described as ‘self-vaunting instigators’ in the nation’s herder colonisation was being promoted by the Minister of Defence, Mansur Dan-Ali, on behalf of the government.

Soyinka added that if an individual qualified to be the guinea-pig for testing the outrageous hate bill speech contemplated by the nation’s lawmakers, it was the ‘unedifying pronouncements of the Minister of Defence, who “continues to defend the indefensible through his arrogant, provocative dismissals of an agenda of ethnic cleansing, dehumanising the victims anew, and camouflaging the failure of the government by his gratuitous blame-passing.”

According to Soyinka, the language of the Dan-Ali is a language that is now being contradicted by the meaning of ‘land grabbing shall be reversed.’