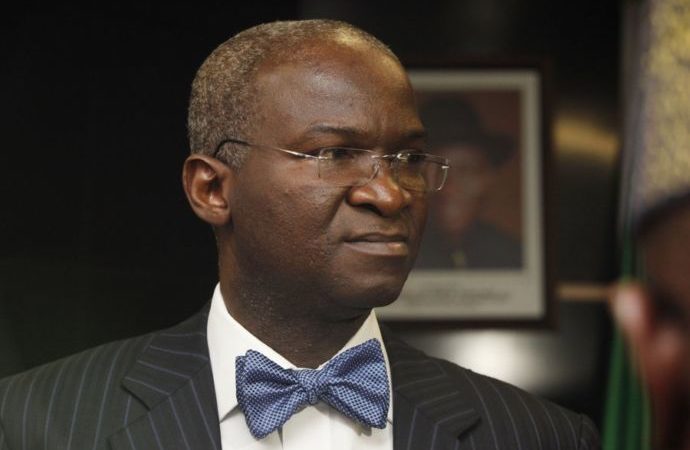 The Centre for Anti-Corruption and Open Leadership, CACOL, has called for the immediate sack of Minister of Power, Works and Housing, Raji Fashola, over his recent assertion that lack of adequate electricity in Nigeria cannot be responsible for the country’s slow-paced economy.

Fashola had in a recent meeting with civil society groups to review the contents and implications of Power Sector Recovery Programme (PSRP) initiated by the Federal Government with support from the World Bank, claimed that the inadequate supply of electricity power does not contribute to the slow paced industrialization.

The group said Fashola’s comment was not only a pathetic assertion but also a cruel and criminal justification of the conscious de-industrialisation policy of the hawks in our ruling class.

Debo Adeniran, Executive Chairman, CACOL, in a statement noted that Nigeria had committed a huge investment into the power sector yet there was no commensurate out-put. Contemporary African nations like Ghana, Angola and South Africa spent much less on power sector yet their citizens enjoy un-interrupted power supply.

According to him, “This is the reason why these countries are preferred destination points for direct foreign investment. Yet, our ruling class indulges in ludicrous justifications on why we cannot take elusive flight to become industrialised nation. Industrialisation is advanced economic phase in civilization which requires higher apprehension than the semi-feudal, lumpen-market trader economic culture that the ruling elite are foisting on the country. No wonder the easy resort to uncouth social stratification and political climate in Nigeria.

“The other critical issue is that in Nigeria, neo-liberal financial institutions like the World Bank are imposing economic systems on us that stultify growth by ensuring that the vast Nigerian market remains a perpetual dumping ground for finished industrial goods from foreign western countries. Tragically, triple Minister Fashola who strongly adheres to the neo-liberal schemes of these financial agencies that are fully beneficial to foreign industrial nations but injurious to our ailing economy. The policy that government has no business in business, in providing social infrastructural facilities like health, pipe-borne water, education, roads, etc for its people.

“Fashola does not only regurgitate this neo-liberal ideological platitudes, he put them into full blown practice while he served as Governor in Lagos State, he commercialized all public infrastructure, hospitals, schools, roads with toll gates just as he is planning to bring same on federal roads with the so-called public-private sector partnership.Thus, his lame claim and deliberate castration of the power sector from taking off is just in total sync with his character of serving foreign master while Nigeria bleeds. Nigeria warehouse different types of consumer goods and industrial ones from countries with lesser human and material resources like Japan, China, India, Brazil, and from Asia!

“The Minister claims that the power generating companies GENCO produces 7000 megawatts of electricity while the distribution companies DISCOS distributes 5000 megawatts leaving an unused 2000 megawatts supply of electricity which could have been used for our industrialisation. Sometimes when one lies through both side of his/her mouth, many times only empty airs would be constructed as words. The reality is that if there are sufficient generation and distribution, why is most of our communities still battling with epileptic power supplies? The naked reality is that many of Nigeria industries have folded up or wound down their operations because of the high cost of operations occasioned by the fact that they have to independently provide their power supplies. Many of these companies have relocated to neighbouring countries like Ghana even Togo.

“The statement credited to the Minister clearly vindicates of position that President Muhammed Buhari ought to sack him for his cluelessness, ineffectiveness and overall poor performance in the three ministries he superintend over. Fashola should be replaced a person who will be effective, creative and sensitive to the sensibilities of patriotic Nigerians and who demonstrate a firm commitment to address the deficit in the country’s power supply.”