Ben Okri is a member of the Urhobo people; his father was Urhobo, and his mother was half-Igbo (“from a royal family“). He was born in Minna in west central Nigeria to Grace and Silver Okri in 1959. His father, Silver, moved his family to London when Okri was less than two years old so that he could study law. Okri thus spent his earliest years in London and attended primary school in Peckham. In 1966, Silver moved his family back to Nigeria, where he practised law in Lagos, providing free or discounted services for those who could not afford it. After attending schools in Ibadan and Ikenne, Okri began his secondary education at Urhobo College at Warri, in 1968, when he was the youngest in his class. His exposure to the Nigerian civil war and a culture in which his peers at the time claimed to have seen visions of spirits, later provided inspiration for Okri’s fiction. 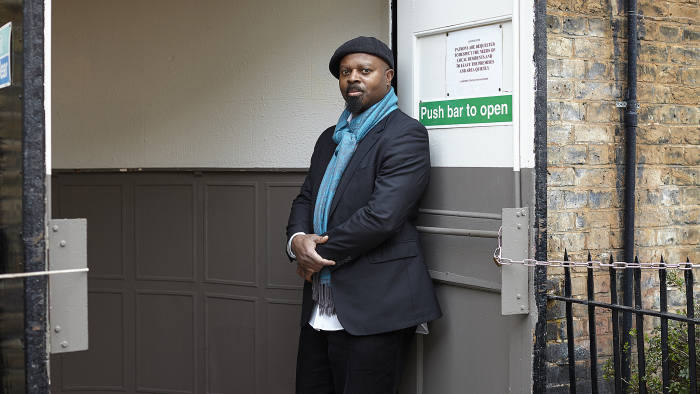 At the age of 14, after being rejected for admission to a short university program in physics because of his youth and lack of qualifications, Okri experienced a revelation that poetry was his chosen calling. He began writing articles on social and political issues, but these never found a publisher. He then wrote short stories based on those articles, and some were published in women’s journals and evening papers. Okri claimed that his criticism of the government in some of this early work led to his name being placed on a death list, and necessitated his departure from the country. In 1978, Okri moved back to England and went to study comparative literature at Essex University with a grant from the Nigerian government. When funding for his scholarship fell through, however, Okri found himself homeless, sometimes living in parks and sometimes with friends. He describes this period as “very, very important” to his work: “I wrote and wrote in that period… If anything [the desire to write] actually intensified.” 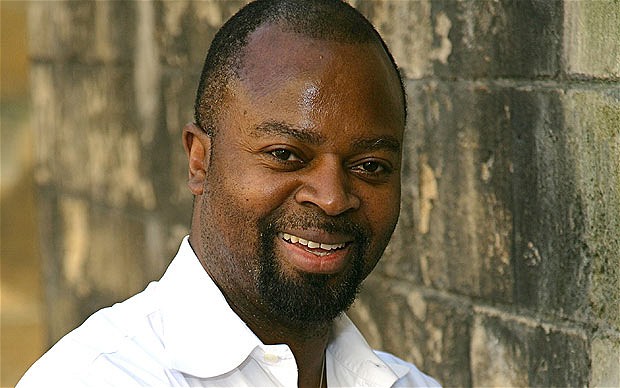 Okri’s success as a writer began when he published his debut novel Flowers and Shadows in 1980, at the age of 21. From 1983 to 1986, he served as poetry editor of West Africa magazine, and was also a regular contributor to the BBC World Service between 1983 and 1985, continuing to publish throughout this period.

His reputation as an author was secured when his novel The Famished Road won the Booker Prize for Fiction in 1991, making him the youngest ever winner of the prize at the age of 32. The novel was written during the three years from 1988 that Okri lived in a Notting Hill flat rented from publisher friend Margaret Busby, and he has said: “Something about my writing changed round about that time. I acquired a kind of tranquillity. I had been striving for something in my tone of voice as a writer — it was there that it finally came together…. That flat is also where I wrote the short stories that became Stars of the New Curfew.”[12]

Since the publication in 1980 of his first novel, Flowers and Shadows, Okri has risen to an international acclaim, and he often is described as one of Africa’s leading writers.[2][3] His best known work, The Famished Road, which was awarded the 1991 Booker Prize,[15] along with Songs of Enchantment (1993)[16][17] and Infinite Riches (1998) make up a trilogy that follows the life of Azaro, a spirit-child narrator, through the social and political turmoil of an African nation reminiscent of Okri’s remembrance of war-torn Nigeria.

Okri’s work is particularly difficult to categorise. Although it has been widely categorised as post-modern, some scholars have noted that the seeming realism with which he depicts the spirit-world challenges this categorisation. If Okri does attribute reality to a spiritual world, it is claimed, then his “allegiances are not postmodern [because] he still believes that there is something ahistorical or transcendental conferring legitimacy on some, and not other, truth-claims.” Alternative characterisations of Okri’s work suggest an allegiance to Yoruba folklore,[19] New Ageism, spiritual realism, magical realism,[21] visionary materialism, and existentialism.

Against these analyses, Okri has always rejected the categorisation of his work as magical realism, claiming that this categorisation is the result of laziness on the part of critics and likening this categorisation to the observation that “a horse … has four legs and a tail. That doesn’t describe it.” He has instead described his fiction as obeying a kind of “dream logic,” and stated that his fiction often is preoccupied with the “philosophical conundrum … what is reality?” insisting that:

“I grew up in a tradition where there are simply more dimensions to reality: legends and myths and ancestors and spirits and death … Which brings the question: what is reality? Everyone’s reality is different. For different perceptions of reality we need a different language. We like to think that the world is rational and precise and exactly how we see it, but something erupts in our reality which makes us sense that there’s more to the fabric of life. I’m fascinated by the mysterious element that runs through our lives. Everyone is looking out of the world through their emotion and history. Nobody has an absolute reality.”

He notes the effect of personal choices, “Beware of the stories you read or tell; subtly, at night, beneath the waters of consciousness, they are altering your world.”

Okri’s short fiction has been described as more realistic and less fantastic than his novels, but these stories also depict Africans in communion with spirits, while his poetry and nonfiction have a more overt political tone, focusing on the potential of Africa and the world to overcome the problems of modernity.

In the 2001 Queen’s Birthday Honours he was appointed an OBE for services to Literature.

Okri was made an honorary vice-president of the English Centre for the International PEN and a member of the board of the Royal National Theatre. On 26 April 2012, Okri was appointed the new vice-president of the Caine Prize for African Writing, having been on the advisory committee and associated with the prize since it was established 13 years prior.

Okri has described his work as influenced as much by the philosophical texts in his father’s book shelves, as it was by literature,[11] and Okri cites the influence of both Francis Bacon and Michel de Montaigne on his A Time for New Dreams.[28] His literary influences include Aesop’s Fables, Arabian Nights, Shakespeare’s A Midsummer Night’s Dream, and Coleridge’s “The Rime of the Ancient Mariner“. Okri’s 1999 epic poem, Mental Fight, also is named after a quotation from the poet William Blake‘s “And did those feet …“, and critics have noted the close relationship between Blake and Okri’s poetry.

Okri also was influenced by the oral tradition of his people, and particularly, his mother’s storytelling: “If my mother wanted to make a point, she wouldn’t correct me, she’d tell me a story.” His first-hand experiences of civil war in Nigeria are said to have inspired many of his works.

On the final day of the 2021 COP26 climate meeting in Glasgow, Okri wrote about the existential threat posed by the climate crisis and how ill‑equipped humans seem to be to confront the prospect of their own self-inflicted extinction. Indeed, Okri says, “[w]e have to find a new art and a new psychology to penetrate the apathy and the denial that are preventing us making the changes that are inevitable if our world is to survive.”