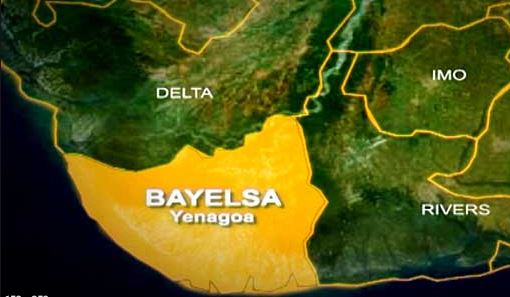 Tragedy struck in Bayelsa State, Saturday, as a ghastly auto crash that occurred along the Tombia-Amassoma Road left Dr Ayasen Kemeakegha, a university dean, burnt to death at about 2.45pm when the crash occurred.

The deceased, was until his death, the Dean of Student Affairs at the Niger Delta University, Wilberforce Island, Bayelsa State. He also doubled as a lecturer in the Department of Chemical Sciences and the Financial Secretary of the Academic Staff Union of Universities (ASUU) in the state-owned citadel of learning.

On their part, the Bayelsa State Police Command has confirmed that the ghastly crash occurred and the university dean burnt in the inferno, through a statement released, Sunday, by its Public Relations Officer, Asinim Butswat.

It partly read: ‘On January 21st 2023 at about 1445hours policemen responded to a scene of a lone fatal accident along Tombia-Amassoma Road, Bayelsa State, and discovered that the only occupant in the vehicle, a Toyota Corolla with Reg. No. 06H 132 BY was burnt to death.’

‘Upon inquiries, it was revealed that the deceased was Dr Ayasen Kemeakegha, ‘m’, 55 years, the Dean of Student Affairs, of the Niger Delta University, Amassoma.’

‘The corpse has been evacuated to the morgue’, it concluded.

As at press time, the management of Niger Delta University (NDU) had not issued a statement on the accident that left its university dean burnt to death. The Chairman of the ASUU-NDU, Tonbara Kingdom, however said that the university community had been thrown into mourning, since they got wind of the horrific death of their colleague, describing it as ‘unfortunate’.

He expressed his sadness at the loss of Dr Kemeakegha, who he acclaimed was a useful and hardworking man, stating further that his colleagues were too sad to go to work on Monday, January 23rd, as a result of the sad tragedy of his death.

He made a call on the Bayelsa state government to build residential quarters for lecturers inside the NDU, so as to reduce the risk of long distance driving by lecturers who shuttle between the host community, Amassoma and the state capital, Yenogoa, to perform their duties in the institution.

Hear him: ‘He was a very useful member and Financial Secretary of our union; a hardworking member of the university. It is quite unfortunate, the whole university is completely down. We are not even in the mood to go to work tomorrow (Monday, January 23).

‘It is very unfortunate. And this is one of the things that we have been crying about; that the state government should build residential quarters for lecturers in the university. Government is not helping us.’

‘Look at him (Kemeakegha) driving all the way from Amassoma and got this accident. If he had been residing in Amassoma would he have had this kind of accident? We know accidents normally happen, but we have been clamouring that this long distance (driving) is not good for us. But government does not want to show understanding with us. Let government build residential quarters for us so that most of us can stay there.’