For the month of October, figures gathered from reported violent attacks in Nigeria showed that a total of 247 persons were killed while 258 were abducted.

The figures, sourced from the reports of major news platforms and Nigeria Security Tracker (NST), were collated by TheCable Index, the data and research arm of TheCable.

An analysis of the collated data showed that 223 civilians, 12 police officers, 5 soldiers, 5 vigilantes, a customs officer and a security guard made up the 247 killed in the month. 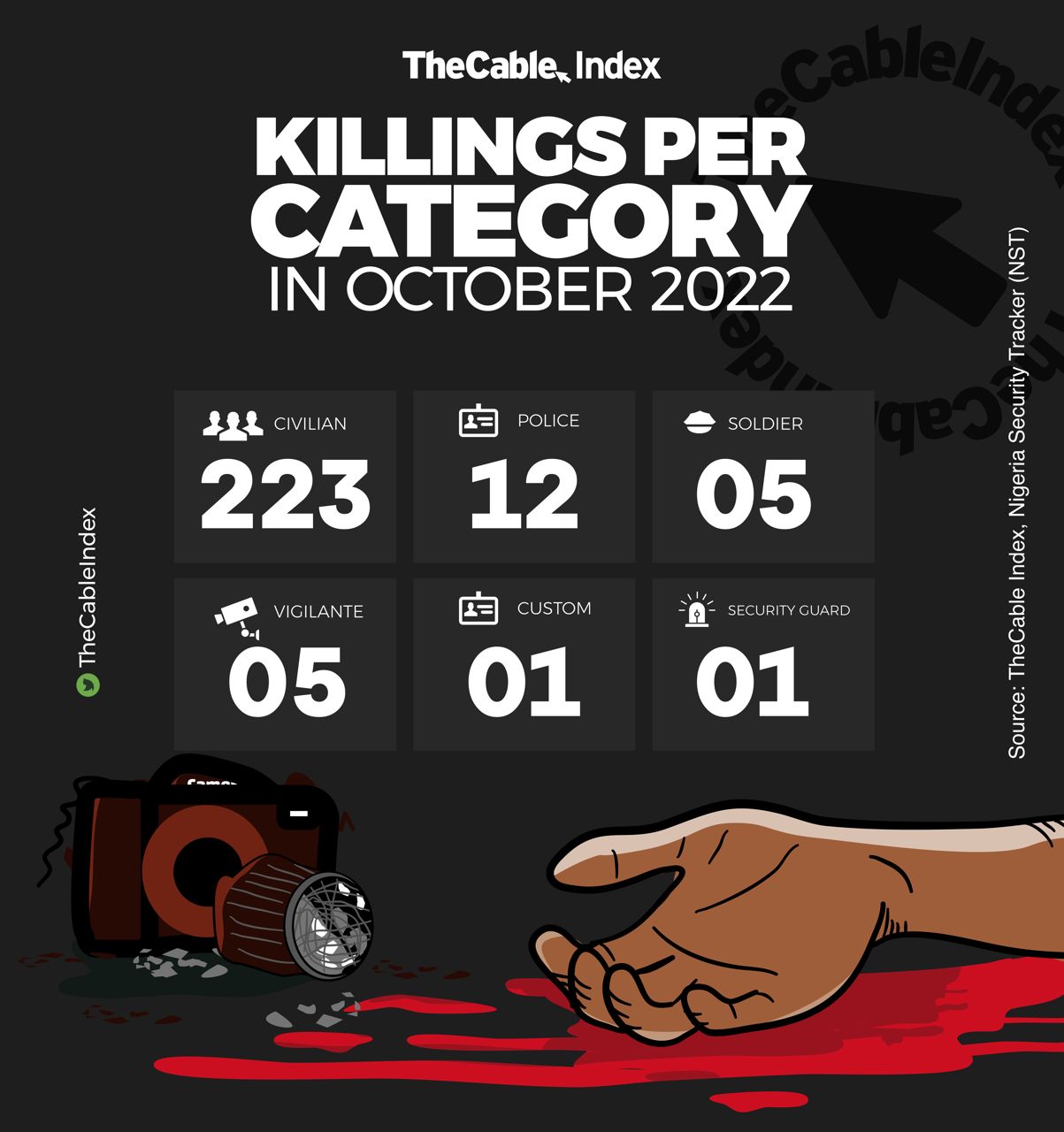 For the kidnappings that happened during the month, only civilians made up the abducted 258.

Per zone analysis, for the third consecutive month, north-central tops the chart again with a total of 98 killed — with Benue and Nassarawa states as the most hit. 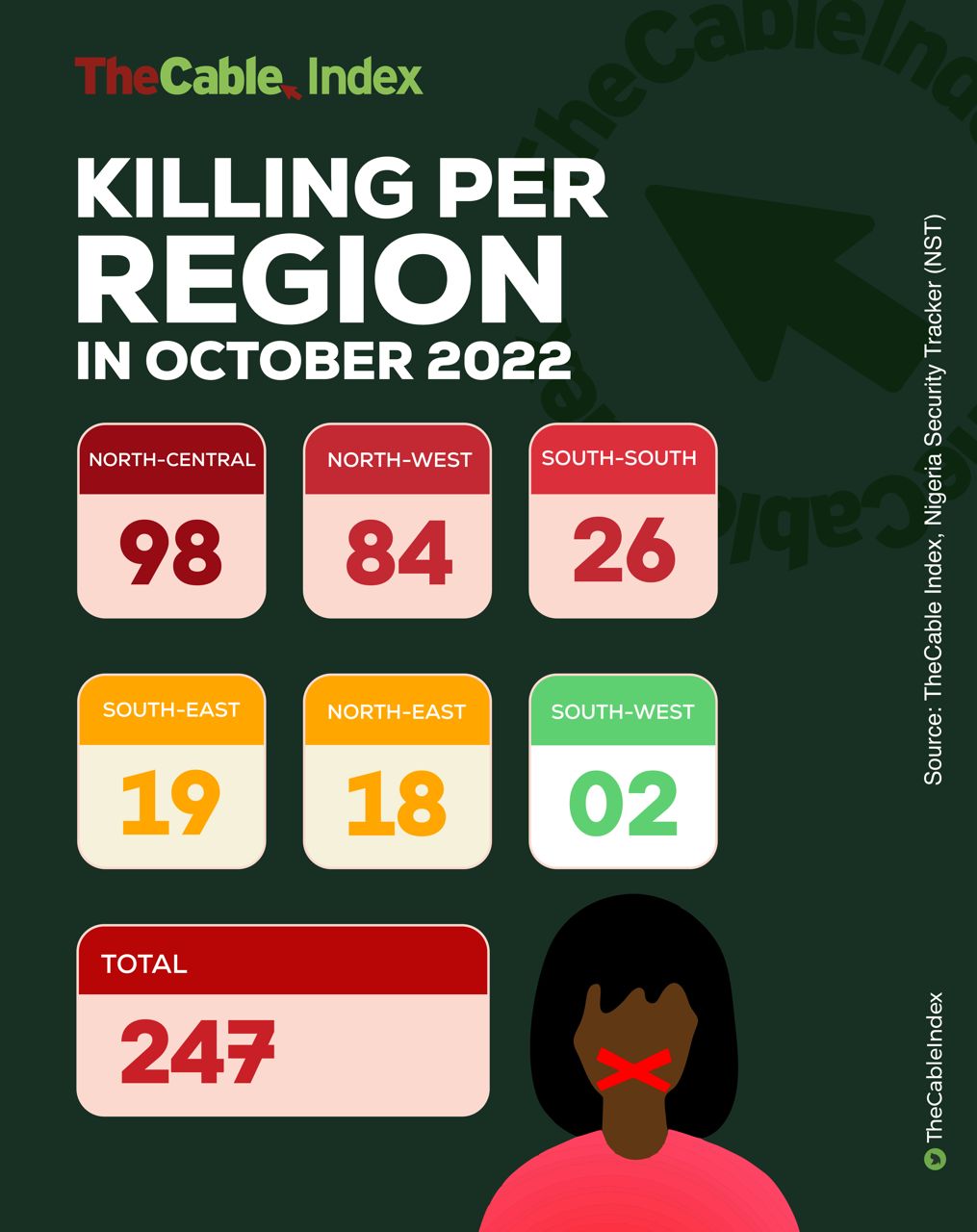 On state-by-state analysis, Zamfara, one of the six north-western states with tales of banditry, is leading the figures with 58 reported cases of fatalities during the month. Then, Benue, a north-central state with an age-long farmer/herders crisis, followed by 53 fatalities.

With 42 persons killed on October 19, an analysis by TheCable Index showed that major news platforms in Nigeria reported the event as the highest number of killings ever in the month.

This means an average of 8 persons were killed daily during the month of October.

During the 31 days of October, a total of 258 armless Nigerians were abducted in various locations across the country.

However, TheCable Index observed that for the third month in a row, the north-west has continued to lead as the most ravaged by abductors.

For instance, the northwest topped the chart with 53 abductees in August, 143 in September, and 91 in October – the latest.

For the month under review, the analysis showed that 76 people were abducted in the south-east, north-central; 59, south-south 21 and south-west; 11. 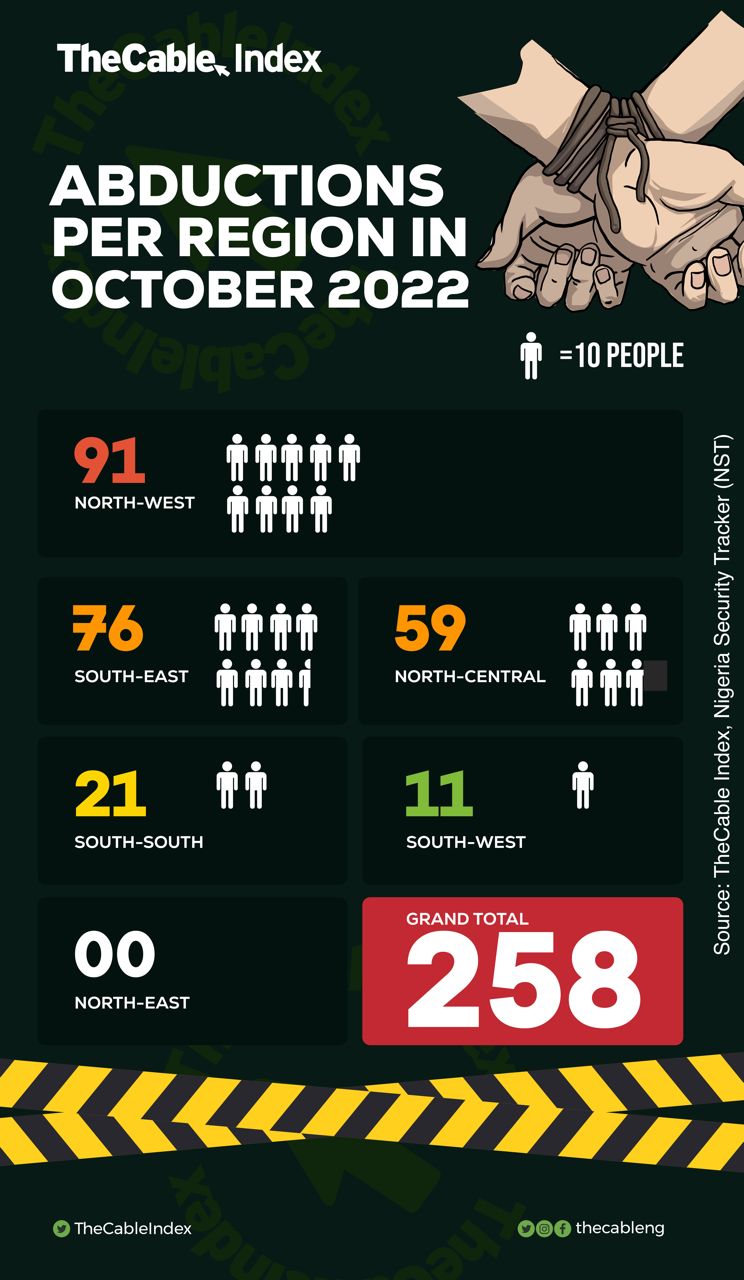 Our analysis shows that no case of abduction was recorded in the north-east for October. That will be the second month in a row.

In Kwara, 10 persons were reported missing, Oyo; 7, Ekiti and Plateau; 4, Anambra and Cross River; 3 each, while Abuja and Imo had 1 each.