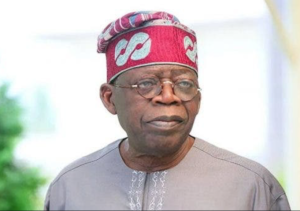 The presidential flag bearer of the ruling All Progressives Congress(APC), Ashiwaju Bola Tinubu, has donated N100 million to victims affected by the flood in Kano state.

Speaking, during a dinner banquet organized for him by the business community council in Kano state, Saturday, Bola Tinubu appealed to the Kano community to continue to say prayers to end flood disasters both in the state and in Nigeria generally.

He explained that the donation was meant to make less, the ordeal being experienced by the affected flood victims in the affected Local Government Areas.

He went on to promise that if he won the election, he would make sure that the diversity of the country would be a source of prosperity for all, as according to him, unity in diversity, peace and prosperity were major parts of his mission statement in the forthcoming election.

He added that the federal government already took different measures to build infrastructure and ease the growth of business nationwide, pledging to reposition existing industries and making them a competitive source of industrialization and growth, not only in Kano or other parts of Northern Nigeria, but in the entire country.

He commended the Kano State Governor, Abdullahi Ganduje, for bringingremarkable infrastructural development to the state. He described Governor Ganduje as a friend and reliable partner, stating that Lagos andKano states enjoyed a relationship that has lasted for years because of the similarities that existed between both states.

Ashiwaju Bola Tinubu went on to assure the business community of providing them with enabling environments that will aid the growth of business in the state, while promising to look into their blueprint if elected.

His words: ‘If we win the election, we will call your representatives and see how we can move the nation forward’.

The Kano State Governor had earlier stated that Bola Tinubu was capable of providing the kind of leadership that would bring consolidation in the country and ensure that  Nigeria gained democratically and that the people of Kano state were solidly behind his presidential bid. His words: ‘Kano is APC and APC is Kano’.

He added that all the members of the APC should remain united and focused about joining Nigerians to victory in 2023, as he believed that Bola Tinubu’s leadership would unite and move the nation forward.

The APC National Chairman, Sen Abdullahi Adamu, on his part, lauded the business community Council for organizing  the dinner for Bola Tinubu, as he described the gesture as an endorsement, adding that their demands would be met if Tinubu became president.

While presenting their blueprint to Tinubu, some members of the business community appealed to him to provide an enabling environment for the growth of business in the state, even as they urged him to focus on power, as many industries had packed up because of the lack of steady power supply that plagued the state.

Recall that the reason for Bola Tinubu’s visit to Kano state was to open campaign offices in the state. While at it, he also paid courtesy visits to the Emir of Kano, Alhaji Aminu Ado Bayero and held audience with the Emirs of Gaya, Rano, Bichi and Karaje

editor@lifeandtimesnews.com - December 1, 2022 0
gistlover.com Daughter of Femi Otedola and popular Nigerian disc jockey DJ Cuppy has finally showed off her fiance, Ryan Taylor to the entire world The daughter of...