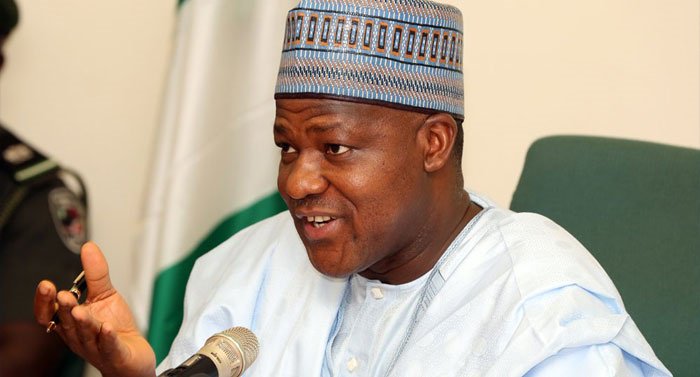 From all indications, the next few weeks promises to be interesting as plenary resumes in both chambers of the National Assembly on October 9

The ruling All Progressives Congress (APC) lawmakers are set for a showdown with the leadership of the House of Representatives.

The APC lawmakers have apparently perfected plans to remove the Speaker of the House, Yakubu Dogara over his defection to the Peoples Democratic Party, (PDP).

The plan was revealed by an APC lawmaker representing Akoko-Edo in the House of Reps, Peter Akpatason in Benin while addressing a crowd of supporters.

According to the lawmaker, all the APC legislators were prepared to carry out the wish of the Party on Dogara immediately the House is reconvened.

He further said it was not a normal thing for a legislator from a minor political party in the House of Reps to remain as Speaker of the House.

“We, as party loyalists, will carry out any instruction we get from the party. We will study the situation when we get back. Whatever the situation is will be what we will react to.

“We cannot be happy to have a Speaker that belongs to another party. It is an aberration and has to be treated as such,” he said.

The lawmaker further noted that when the House reconvened, “the needful” would be done regarding the leadership of both chambers of the National Assembly, subtly referring to the Senate President, Bukola Saraki.

Both Saraki and Dogara defected from the ruling APC to the PDP; a move which has generated lots of unrest in Nigeria’s political sphere.

The APC has made numerous attempts at removing the duo after the defection; one of the attempts resulted in the invasion of the National Assembly complex by masked security operatives.

Other efforts by the APC and its loyalists to get the leadership of the National assembly to relinquish their positions fell on deaf ears as they both continue to maintain that only those who elected them had the power to remove them.

Both Chambers of the Legislative arm of government are expected to resume on October 9, after having shifted the resumption date twice.