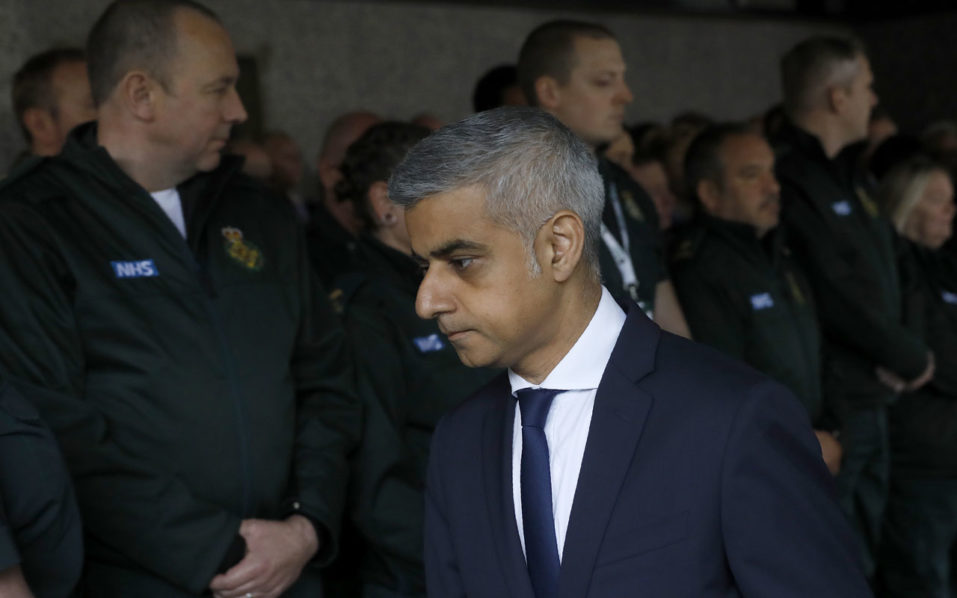 “Provisional statistics for 6 June show a 40 percent increase in racist incidents, compared to the daily average this year, and a fivefold increase in the number of Islamophobic incidents,” the mayor’s office said in a statement.

It said 54 racist incidents were recorded on Tuesday, compared to a daily average of 38 so far in 2017.

Twenty of them were anti-Muslim incidents, well above the 2017 daily average of 3.5.

“This is the highest daily level of Islamophobic incidents in 2017 to date,” the statement said, adding it was higher than levels reached after the November 2015 attacks in Paris in which 130 people were killed.

On his Facebook page, Khan called on Londoners “to pull together, and send a clear message around the world that our city will never be divided by these hideous individuals who seek to harm us and destroy our way of life”.

He also warned that “just as the police will do everything possible to root out extremism from our city, so we will take a zero-tolerance approach to hate crime.”

Eight people were killed on Saturday when three Islamist extremists mowed down people on London Bridge before going on a stabbing spree in nearby Borough Market wearing fake suicide vests.

The three attackers, Khuram Butt, Rachid Redouane and Youssef Zaghba, were then killed by police.