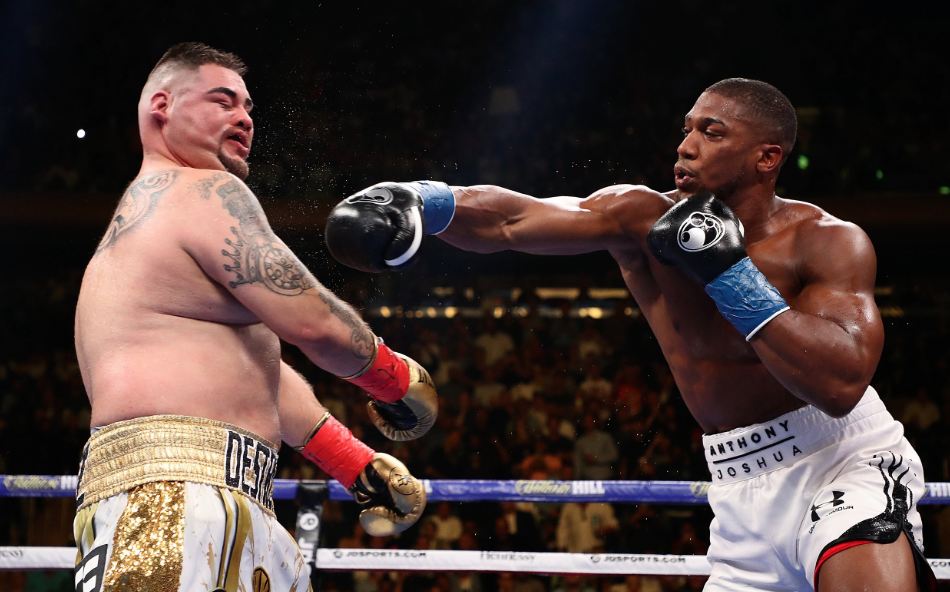 Andy Ruiz has sent a stern warning to Anthony Joshua ahead of their much-anticipated rematch bout after the Mexican-American was spotted throwing more jabs faster than before at his nutritionist. The boxing heavyweight champion has a huge task ahead of him when he meets Joshua to defend his belts. The 30-year-old star stunned the world when he floored Joshua through a seventh-round knockout to cart away the Briton’s WBA, IBF & WBO belts in June 1, 2018, in New York.

Ahead of their “fight of the dunes” bout, the boxing champion had promised to be “10lbs lighter” as he seeks to be a better fighter.

Recently, Ruiz was tipped to be more hungry for glory by WBC heavyweight champion Deontay Wilder. And now Ruiz has put up the spirit of a champion while landing a swift gutshot to nutritionist Zoha Matin.

During the light sparring, the Mexican heavyweight champion showed more aggression as he delivered a combo of powerful strikes at the nutritionist.