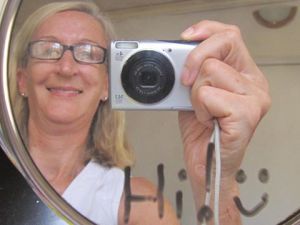 An American missionary working at a school in central Nigeria was kidnapped by masked gunmen Monday night, according to a statement from the Free Methodist Church and a spokesman for the state police, who said her kidnappers have not been identified.

The missionary, the Rev. Phyllis Sortor, was working as a teacher at Hope Academy in Kogi, a state that straddles the northern and southern regions of Nigeria, where kidnapping is a multimillion-dollar business.

“Armed gunmen came into the compound and whisked her away,” said Kogi state police spokesman Sola Collins Adebayo. “They went for her — they shot into the air to scare people away from her and they took her.”

In a statement, the Free Methodist Church said that the State Department and the FBI “are working with local authorities to find and rescue” Sortor. A State Department official said that the government is “aware” that a U.S. citizen was reported missing in Nigeria and referred reporters to Nigerian authorities for further information.
2010 interview with missionary abducted at Nigerian school(6:16)
Rev. Phyllis Sortor, who authorities say was abducted at the Hope Academy compound in Nigeria, gave this interview in 2010 about her work with the Methodist Church. (Light & Life Communications)

Adebayo said police were pursuing the five kidnappers into the hills behind the Hope Academy compound. He said that no ransom had been demanded.

Typically, criminal gangs are behind abductions in central and southern Nigeria. In Kogi, recent targets have included the son of a local politician and workers from a huge cement factory, said Idris Miliki Abdul, executive director for the Center for Human Rights and Conflict Resolution in Kogi.

“It usually happens for money or for politics,” Abdul said. Nigeria will hold elections in March and April, a process that will include many state and local races.

The Islamist insurgent group Boko Haram operates mainly in the northeastern corner of Nigeria, though the group has staged attacks farther south. In Kogi, Boko Haram has been blamed for attacks on a military convoy, a police station and a prison, according to security analysts who track the group.

Boko Haram is also notorious for kidnapping women and children during attacks on villages. Its victims are overwhelmingly Nigerian Muslims. A splinter group called Ansaru has had a more international focus, however, and has been blamed for kidnappings of foreigners, including Lebanese and German contractors as well as a Canadian nun.

“We don’t know if this is related to Boko Haram or not, but certainly it is something we cannot rule out,” said a Nigerian analyst who tracks the insurgent group closely and spoke on the condition of anonymity for security reasons.

He noted that since January, Boko Haram has shown signs of greater sophistication, such as opening a Twitter account, releasing more-polished videos and publishing a statement in French. Some worry these new actions could hint at collaboration with the media-savvy Islamic State terrorist group.

The analyst also noted that in the past two weeks, the Nigerian military has been conducting offensives against Boko Haram in the northeast.

“This is probably an attempt for ransom,” he said. “But I would not be surprised, given all the pressure they are under, if they see a low-hanging fruit of a nun or a foreigner or whoever . . . doesn’t really have protection, that they would take them.”