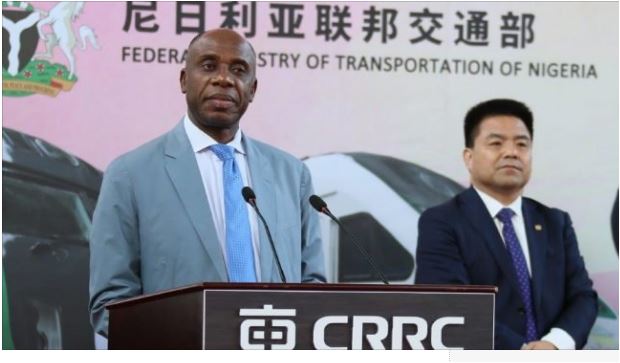 Rotimi Amaechi, minister of transportation, says 20 new coaches for the Abuja-Kaduna and the Lagos-Ibadan rail lines will arrive the country in about six weeks.

Amaechi said this at Nnamdi Azikiwe International Airport, Abuja, while responding to questions from reporters on his arrival from China.

He also spoke about his trip to China and the contracts signed over there.

“We went for two items, basically to get more locomotives and coaches. They’re all ready. It will take six weeks to get to Nigeria and maybe one week to clear them,” he said.

“To my surprise, the coaches we released two or three weeks ago to go to Kaduna arrived just within two days. So, we hope that when these trains arrive Lagos seaport, we should be able to get them fast.

“We are expecting 20 coaches, 10 for Abuja-Kaduna and 10 for Lagos-Ibadan as a temporary measure, more will then arrive in the second batch as we complete Lagos-Ibadan.”

The minister while taking delivery of the trains in China, he did a test run of the locomotives and motored cars.

He said the trains were better improved and of higher technology than what obtained previously.

He added that more trains were still being built for Nigeria and the next batch would be delivered as soon as they are ready. 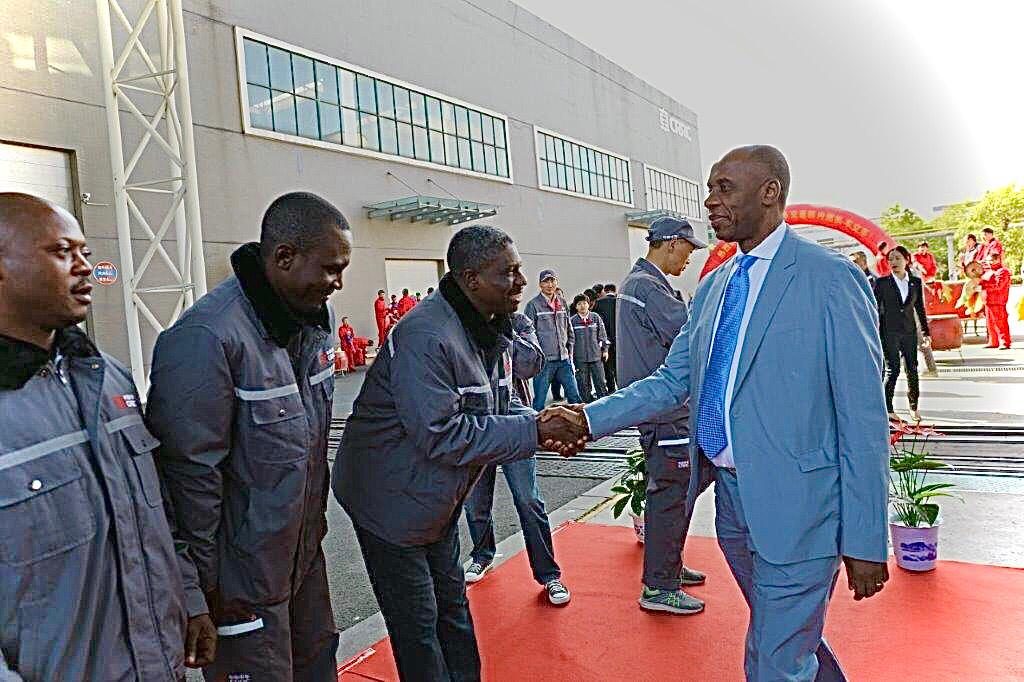 The minister while departing China.

On maintenance, he said he is making sure that every contract comes with a maintenance contract, while rail engineers from Nigeria were being trained in China to take over the maintenance from the Chinese engineers.

“As governor of Rivers state, I made sure that everything I did in Rivers state was maintained, I kept a maintenance contract going, what is happening there now, I won’t know,” he said.

“So when people ask me, what do you do about maintenance? The answer is, in all our contracts, you have a maintenance contract. Like now, the one for Abuja has expired and I’ve just directed them to renew the contract. Though I’m going to seek approval from both the President and the cabinet, but the Chinese should not leave the site for now.

“Also, what is critical to the sustenance of of our railway system is what we are doing in China. We are training our people, the Chinese won’t live here for ever, they have to go, so our own engineers will take over; and I met with some of those Nigerian engineers during my China trip. We hope that in the coming years, they will come back and then we can stop the Chinese maintenance contract in both Kaduna-Abuja and Lagos-Ibadan.”