Mr. Macaroni, a popular Instagram comedian turned activist, has spoken out in response to the murder and burning of a female student at Sokoto State’s Shehu Shagari College of Education.

On Thursday, a mob killed a female student identified as Deborah over alleged blasphemy at the institution in Sokoto.

Deborah, who was killed in the premises of the College, was accused of insulting Prophet Muhammad (SAW), during a hot argument with fellow students.

The police said the students forcefully removed the victim from the security room where she was hidden by the school authorities, killed her and burnt the building.

Following the horrific tragedy, Mr Macaroni took to Twitter to condemn the heinous behavior and demand that justice be served.

“Every citizen has a right to life! No person or group of persons have the right to take the life of another citizen!!! You cannot kill another in the name of defending your religion. Do we all start killing ourselves in the name of religion?? It is inhumane and it must End!!!

“According to multiple reports, Deborah a female student of Shehu Shagari College of Education in Sokoto, accused of Blasphemy was killed and burnt. This is what happens when there are no consequences for actions in the society. The government must wake up from their slumber!!

“Justice must be served!!! And it must be swiftly done!! If not, we would be enabling a society wherein religious extremists take law into their hand, kill and destroy. These acts should be highly condemned lest we add more tension and Chaos to a society already on the edge!!!” 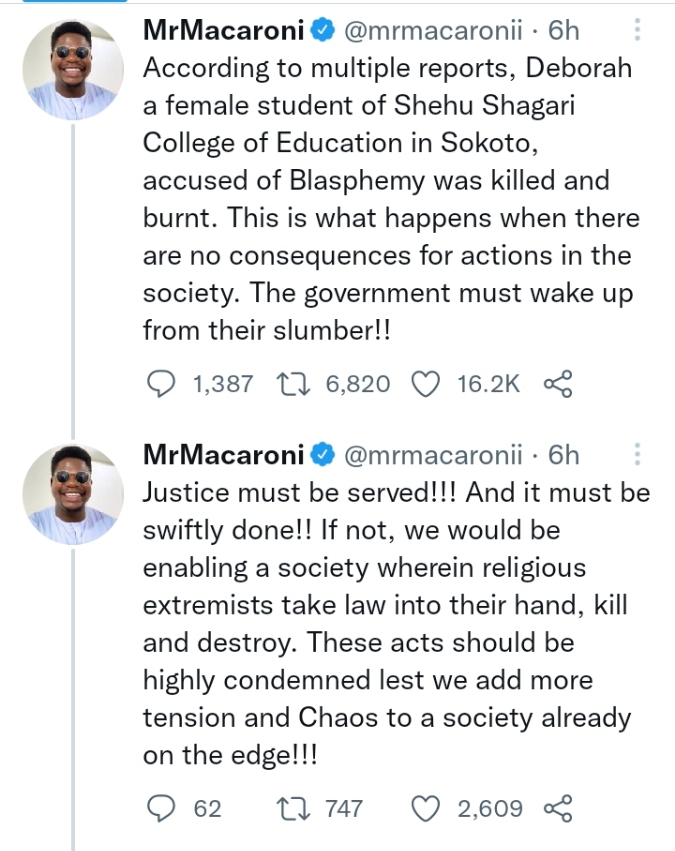 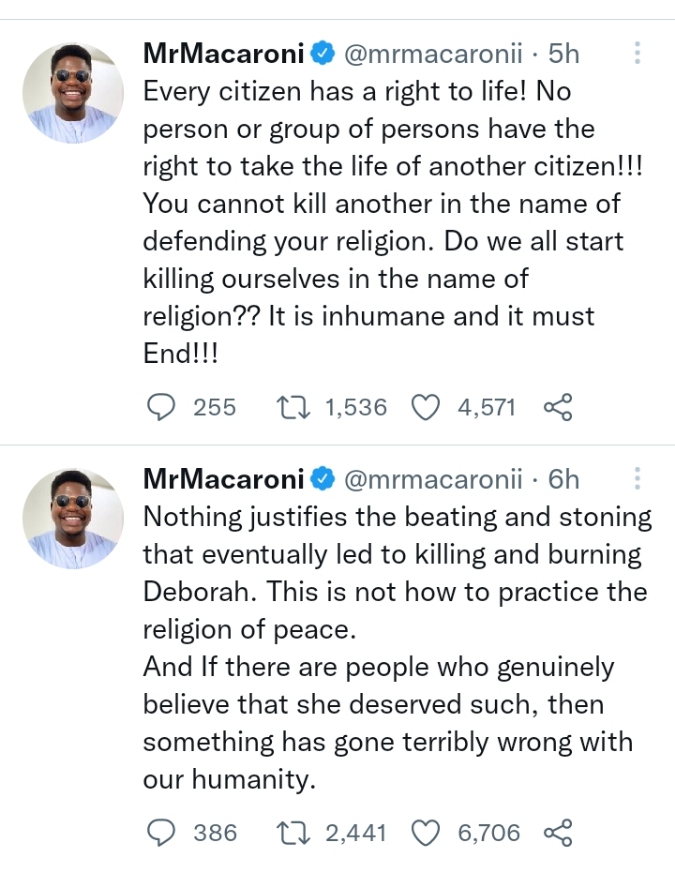