Popular Nollywood actor Zubby Micheal has reacted to a video of Mercy Johnson kneeling down to greet her husband, Prince Okojie.

Recall that in an earlier report, we narrated how Prince Okojie paid Toyin Abraham and his wife a surprise visit on a movie set.

The video which captured a moment of humility on the part of the actress who knelt down to greet her husband after she saw him has triggered a comment from the fellow movie star, Zubby Michael, who demands the same kind of respect from his future wife. 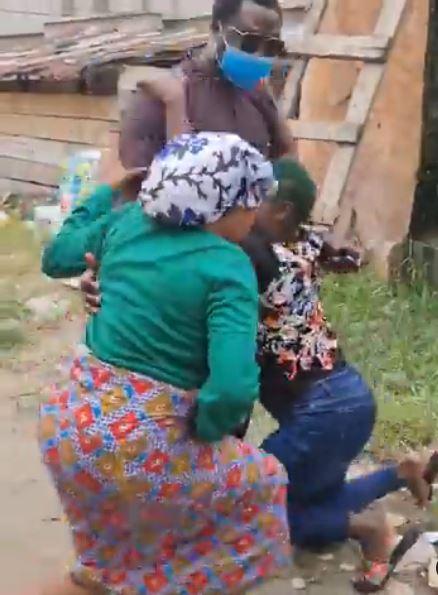 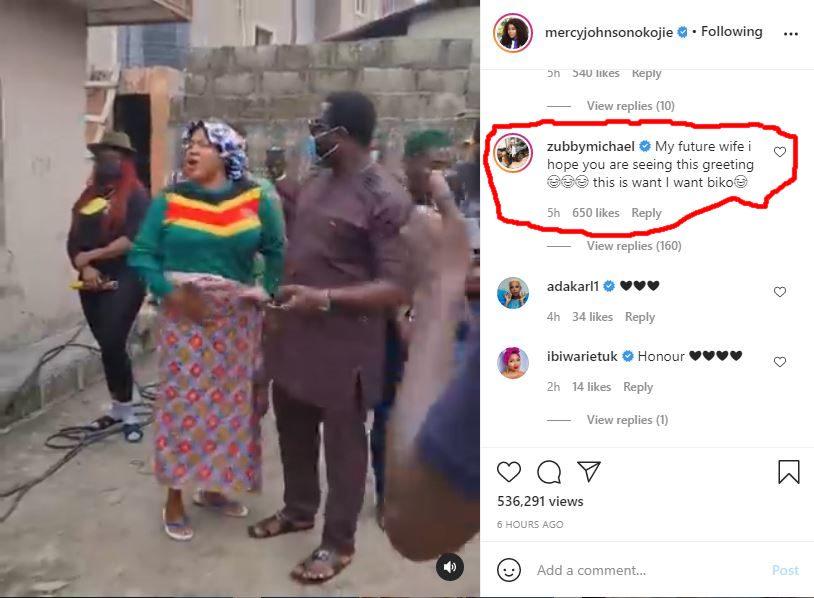