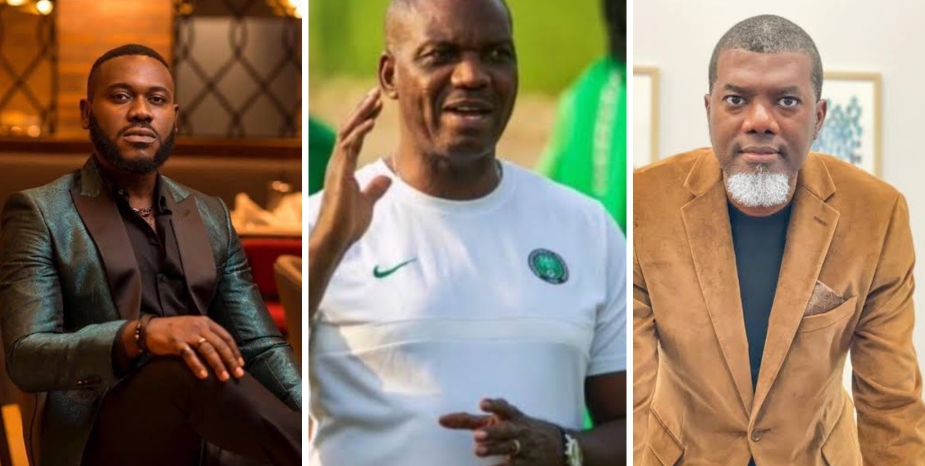 Following the performance of the Super Eagles in the ongoing AFCON, Reno, who seemed impressed with the job of the coach, commended him for a job well done.

He, however, added that what a foreign coach could not do, a “local” one is doing.

“What can I say? What a foreign coach could not do, a local coach is doing. Sometimes, what you are looking for outside is actually in your pocket. Augustine Eguavoen is doing a stellar job. The boys are doing us proud and the super in Super Eagles is not hype. It is reality.”

Offended by the statement, Deyemi corrected Reno on Thursday saying, “Kindly replace it with a homegrown/home base, you’re Nigerian enough to know local to us is an insult and causes devaluing.”

Responding, the self-acclaimed motivational speak wrote: “Well, I don’t really know who this fellow is that is getting angry that I praised Augustine Eguavoen as a local coach who is doing better than foreign coaches.

“I did not grow up in a ghetto. I grew up in the United States and Nigeria. And where I grew up, the word ‘local’ is not an insult. The word ‘foreign’ isn’t also a compliment. I became resident in the US at age 9. I can speak in a foreign accent, but I choose to speak with a ‘local’ accent because I am proud of my roots.

“Moreover, Eguavoen is not complaining. In fact, I watched an interview where he used the words ‘local players’. Anyway, there is a ‘local’ proverb that says ‘stop drinking Panadol for another man’s headache.”

Firing back, Deyemi wrote: “Dear @renoomokri for someone with your wit and who has been around the media at the highest level I’ll have thought you’ll know a lighthearted jab from a tackle and know enough about the media’s ability to twist things. Anyway na person wey carry insult get am. Cheers!” 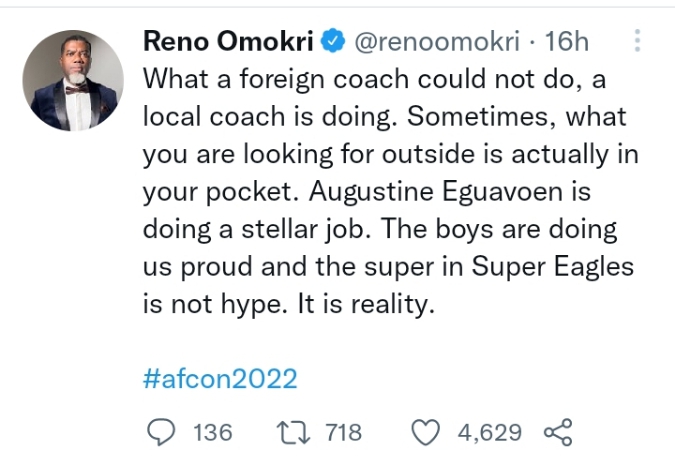 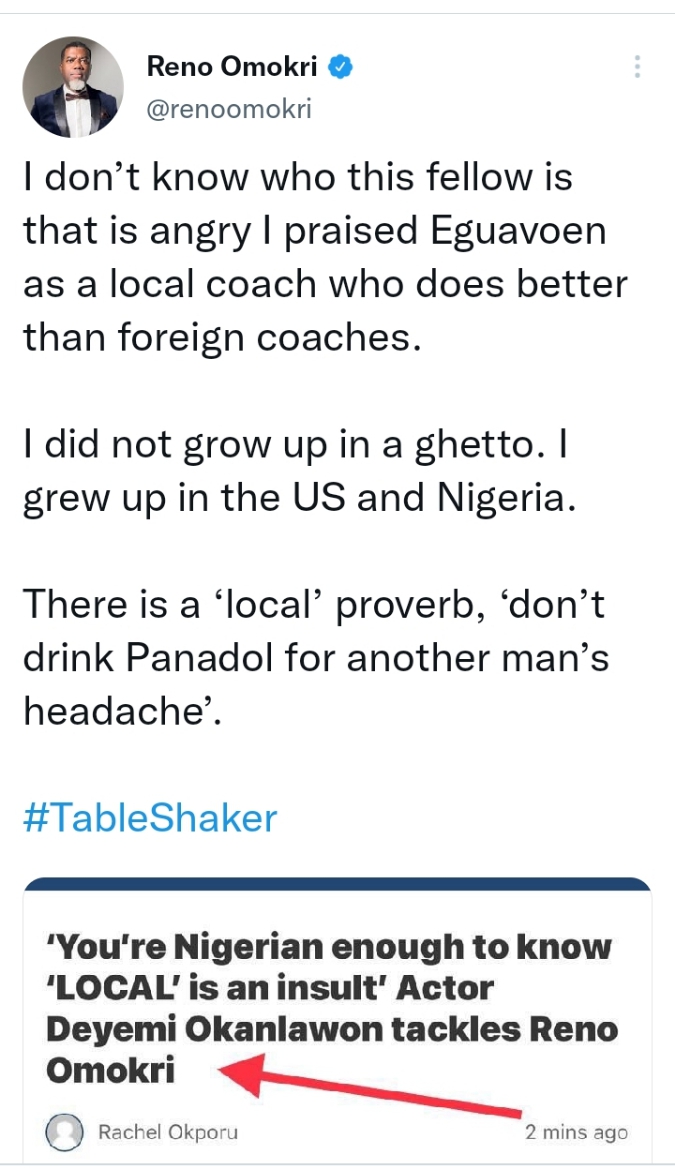 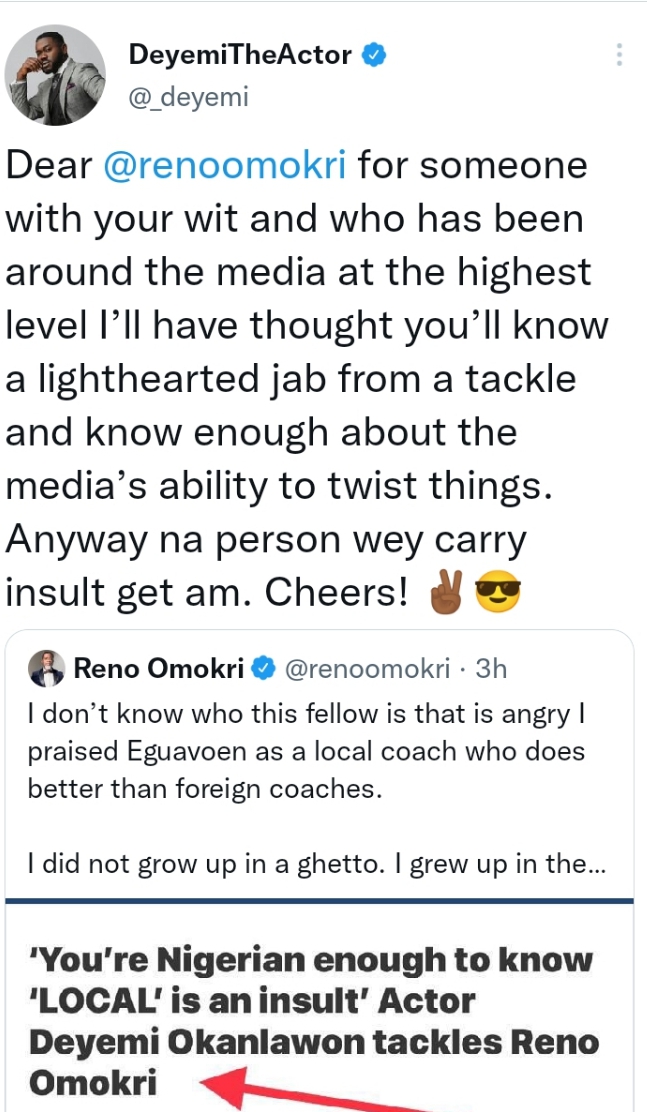