Recall that Wizkid on Wednesday took to his Instagram stories to flaunt his Award, which he won when he was featured on Beyonce’s single, “Brown Skin Girl”.

Reacting to the Star Boy latest achievement, 2Baba joined Nigerians to congratulate Wizkid as he took to his Instagram stories to share a photo of the plague. 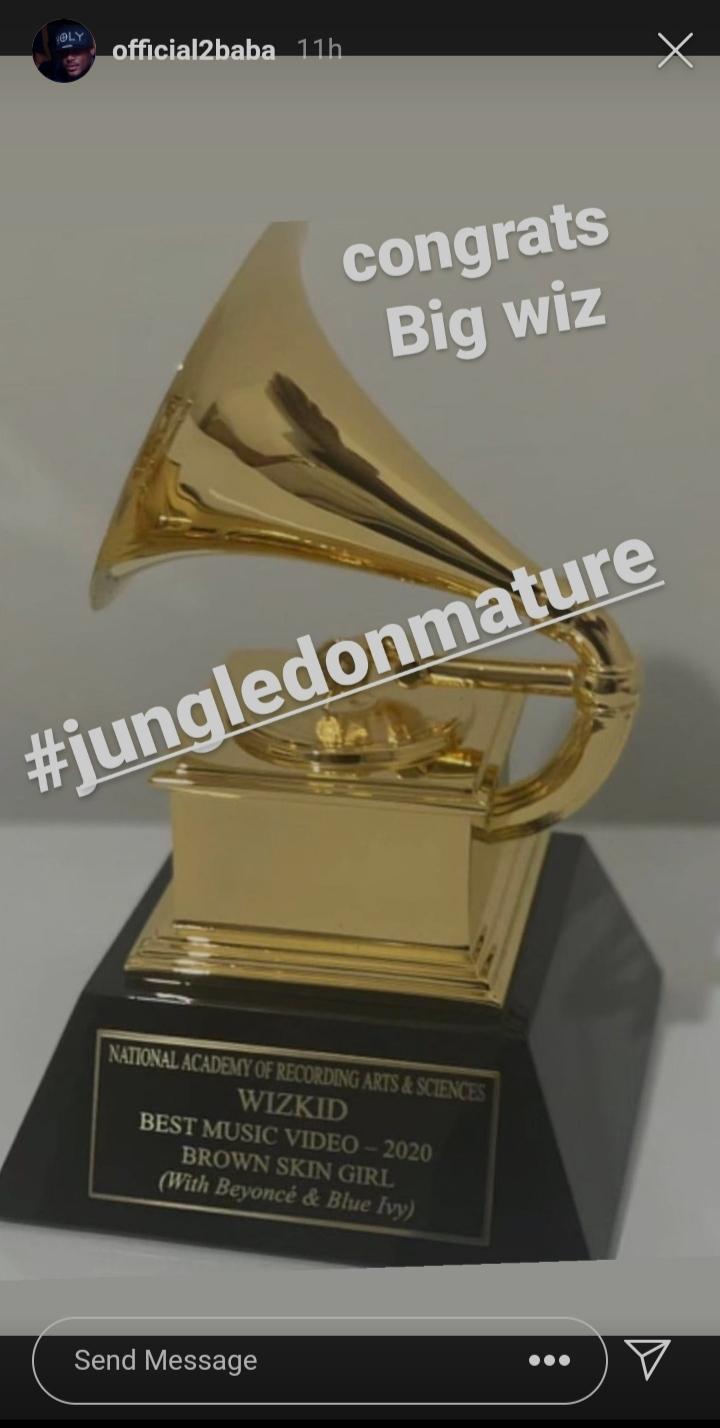