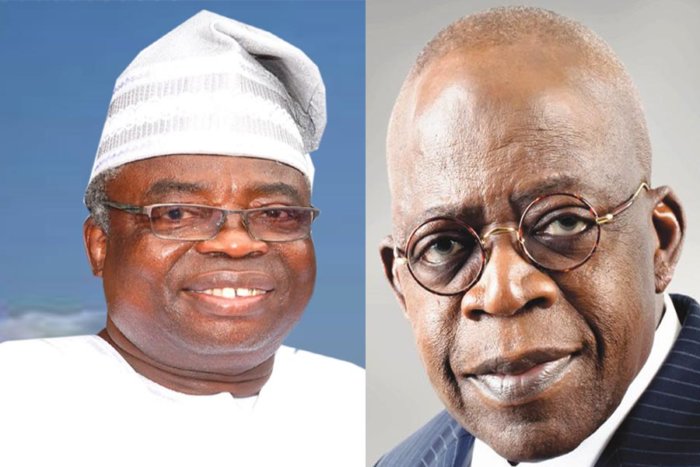 – A chieftain of the APC, Lanre Razak, says party leader, Bola Tinubu, is this best person to succeed President Muhammadu Buhari in 2023.

– Razak discloses that he and other Tinubu loyalists have urged the APC leader to run for the presidency of Nigeria in 2023 whether he likes it or not.

– The chieftain of the APC insists that what is important is for the ruling party to present the best candidate for the best job and not the zoning of the APC presidential ticket.

A chieftain of the All Progressives Congress (APC), Lanre Razak, has expressed the hope that national leader of the party, Bola Tinubu, would succeed President Muhammadu Buhari in 2023.

Razak, a former Lagos state commissioner for transport and a member of the APC Governors’ Advisory Council (GAC), told The Nation newspaper in an interview that Tinubu is the best person for the job.

He said he and other Tinubu loyalists have urged the APC leader to run for the presidency of Nigeria in 2023 whether he likes it or not.

“We have found in him all the attributes required of a 21st-century leader and potential presidential candidate and we don’t want a situation whereby there will be lamentation that he was the best president that Nigeria never had,” Razak said.

“No, it will not happen; because we are confident that his will be a case of the best president we will have and that is why we are appealing to him to run when time comes.”

The former commissioner noted that Lagos state today is a beneficiary of leadership Tinubu’s qualities when he governed the state from 1999 to 2007.

He played down the significance of zoning of the APC presidential ticket to any region, noting that what is important is for the party to present the best candidate for the job.

“In other words, it is not about zoning, it is about getting the right leadership, a person who can provide the needs of Nigerians at the shortest time possible and utilising the nation’s available resources,” Razak said.

“We can no longer afford to continue to suffer in the midst of plenty on account of poor leadership. Nigeria is potentially very rich nation and is not acceptable to the people that we have this kind of a good leader and we can’t make use of him to get to where we are all clamoring to be. It is another level that Nigeria requires and Tinubu is the pilot that is taking us there this time around.”