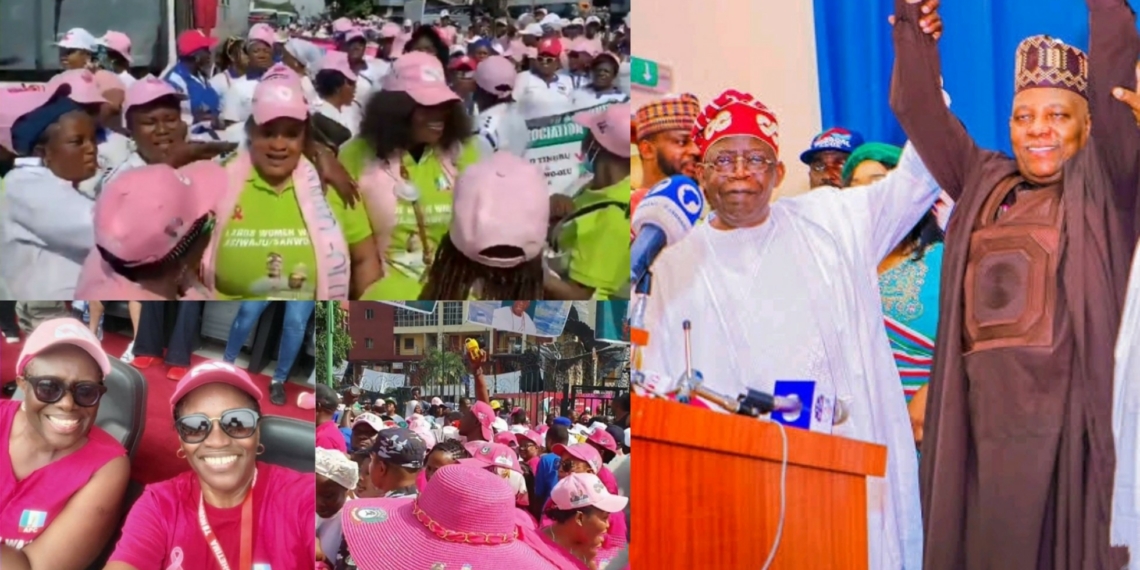 According to news report, women from across Lagos State marched in support of Tinubu and his deputy, Shettima, as well as Sanwo Olu and Hamzat, who are running for Governor and Deputy-Governor of Lagos State, respectively.

The rally had a massive representation of women members, party chieftains, associations of market men and women from the 20 Local Government Areas, and 37 LCDAs across the state.

In a video making the rounds, Joke Silva, Foluke Daramola, others gathered at Tinubu’s Square on Lagos Island and other locations in the state for the solidarity walk.

The march comes on the heels of some Celebrities’ inclusion as members of the women’s wing of Mr Tinubu’s presidential campaign council.

In the 70-page campaign document, no fewer than 33 Nollywood and Kannywood actors were listed under the Creative and Entertainment Category.