Ondo State Governor, Rotimi Akeredolu, has described as an expensive joke, a claim that the National Chairman of the All Progressives Congress (APC), Sen. Abdullahi Adamu, has endorsed the Senate President, Ahmed Lawan, as the party’s consensus presidential candidate.

According to Akeredolu, Adamu “took a flight of fancy and decided to make a pronouncement beyond his competence.”

The governor said the APC Chairman’s pronouncement runs contrary to the position of majority of Northern Governors in APC and their counterparts in the South.

The Governor of Kaduna state, Nasir el-Rufai, has disclosed reasons why his Kogi state counterpart, Yahaya Bello, “excused himself” from a meeting of northern governors of the APC with President Muhammadu Buhari.

El-Rufai said that 13 of the 19 APC governors from the North agreed that APC’s presidential ticket should be zoned to the South.

He said Bello, who is also an APC presidential hopeful, decided not to attend the meeting.

“But the governor of Kogi state excused himself, and he is within his democratic rights to excuse himself,” El-Rufai said.

Buhari’s ally, Honourable Farouq Aliyu, says, “As of today, the APC has no consensus candidate for President. The President has not anointed anybody. But some of us believe it should go to the South.

A former senate president, Ken Nnamani, has withdrawn from the All Progressives Congress (APC) presidential race.

Nnamani announced his withdrawal during a meeting with journalists in Abuja on Monday.

The former lawmaker said: “In the present circumstances, it does not make any sense for me to continue in the race as I have not had the opportunity to market my profile and ideas to the delegates of our party in a manner that allows for deliberation and introspection.

“Therefore, I discontinue my aspiration and wish the party a successful primary and unity of purpose so that we can win the 2023 general elections.

“I will continue to engage with the party and its leadership to make sure that the ideas and values that I cherish and propagate find strong footing in the party administration and in public leadership after the election.”

This is coming as the party begins its presidential primary election in the nation’s capital, Abuja.
The members of the National Working Committee (NWC) of the APC have denied endorsing Senate President, Ahmad Lawan as the consensus candidate of the party

The National Chairman of the party, Senator Abdulahi Adamu had announced during the NWC meeting held at the lady Secretariat on Monday that Lawan has been anointed as the consensus candidate of the party.

But, the National Organising Secretary of the party, Mr. Suleiman Argungun, while addressing journalists at the party secretariat after the NWC meeting said the issue of consensus was never discussed at the meeting.

He stressed that Adamu only gave them the information, but they were yet to discuss it.

President Muhammadu Buhari, has said that he does not have a preferred candidate ahead of the party’s presidential primaries.

Buhari also told the Notheen Governors, who were in Aso Rock to meet with him concerning where the next President comes from to “Allow the delegates to decide. The Party must participate, nobody will appoint anybody.”

The President on Monday afternoon said it was important to cleared all doubts about where he stands on the choice of a presidential candidate.

Buhari, according to Garba Shehu, made the declaration before the party’s 14 governors of northern states.

According to the President, “no preferred candidate,” and has “anointed no one,” and is determined to ensure that “there shall be no imposition of any candidate on the party.”

Buhari said the party is important and its members must be respected, and made to feel they are important.

The President said he had a clear mind about what he was doing and asked the APC governors to feel the same way.

After s close door meeting with President Muhammadu Buhari on Monday, the Governors said no to Nothern candidate.

According to them, “We support Southern presidential Candidate,” APC Northern Governors Insist After Meeting Buhari

This is coming as the party begins its presidential primary election in the nation’s capital, Abuja.

Adamu was said to have made the announcement at the meeting of the National Working Committee on Monday.

DAILY POST learnt that other aspirants including Asiwaju Bola Tinubu, Vice President Yemi Osinbajo, Dr. Kayode Fayemi, Engr. David Umahi would be allowed to participate in the election despite consensus.

Kogi Governor, Yahaya Bello angrily Walks out of APC Governors meeting with Buhari after he was asked to step down and back a Southern aspirant.

#APCPrimaries Kogi Governor, Yahaya Bello angrily walks out of APC Governors meeting with Buhari after he was asked to step down and back a Southern aspirant.#APCPresidentialPrimaries#APCSpecialConvention pic.twitter.com/KOi1JlTSd3

About 13 Northern Governors elected on the platform of the All Progressive Congress have revealed that President Muhammadu Buhari has no preferred candidate in the party primary election that kicked off today in Abuja.

The revelation came shortly after President Muhammadu Buhari met with some of the Governors at the State House, Abuja.

Plateau State Governor, Simon Lalong who briefed State House Correspondents after the meeting, however, said the northern governors have agreed that power should shift to the South.

They are also expected to meet with the National Working Committee of the party later today by 5pm.

The President’s meeting with the APC governors from the north is the fourth parley in his effort to have a harmonised position prior to the convention.

President Muhammadu Buhari on Monday held last-minute consultations with northern governors elected on the platform of the All Progressives Congress (APC).

This is amid unconfirmed reports that the National Chairman of the ruling party, has picked Senate President, Ahmad Lawan as the party’s consensus candidate.

The meeting between Buhari and the Governors was held inside the President’s office at the Presidential Villa in Abuja, the Federal Capital Territory (FCT).

Some of the governors who attended the meeting include Nasir El-Rufai of Kaduna, Abdullahi Ganduje of Kano, Aminu Masari of Katsina, Abdullahi Sule of Nasarawa, and Abubakar Bello of Niger.

President Buhari and the northern APC governors met on the day the ruling party said it would commence a special convention to elect its presidential candidate for the 2023 general elections.

All is set for the APC national convention and presidential primaries 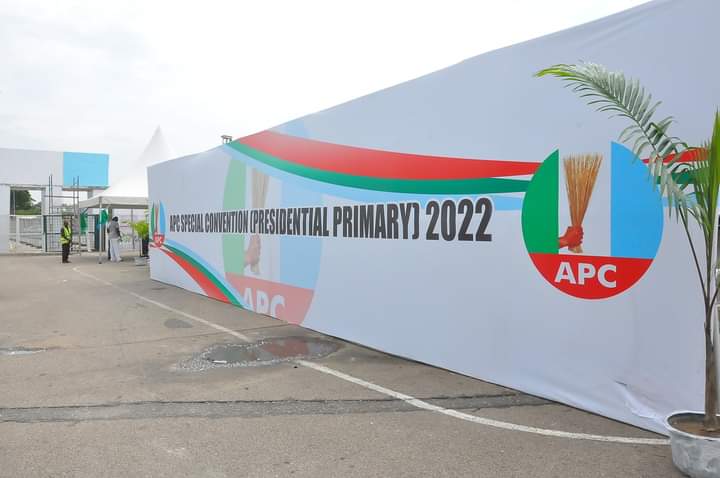 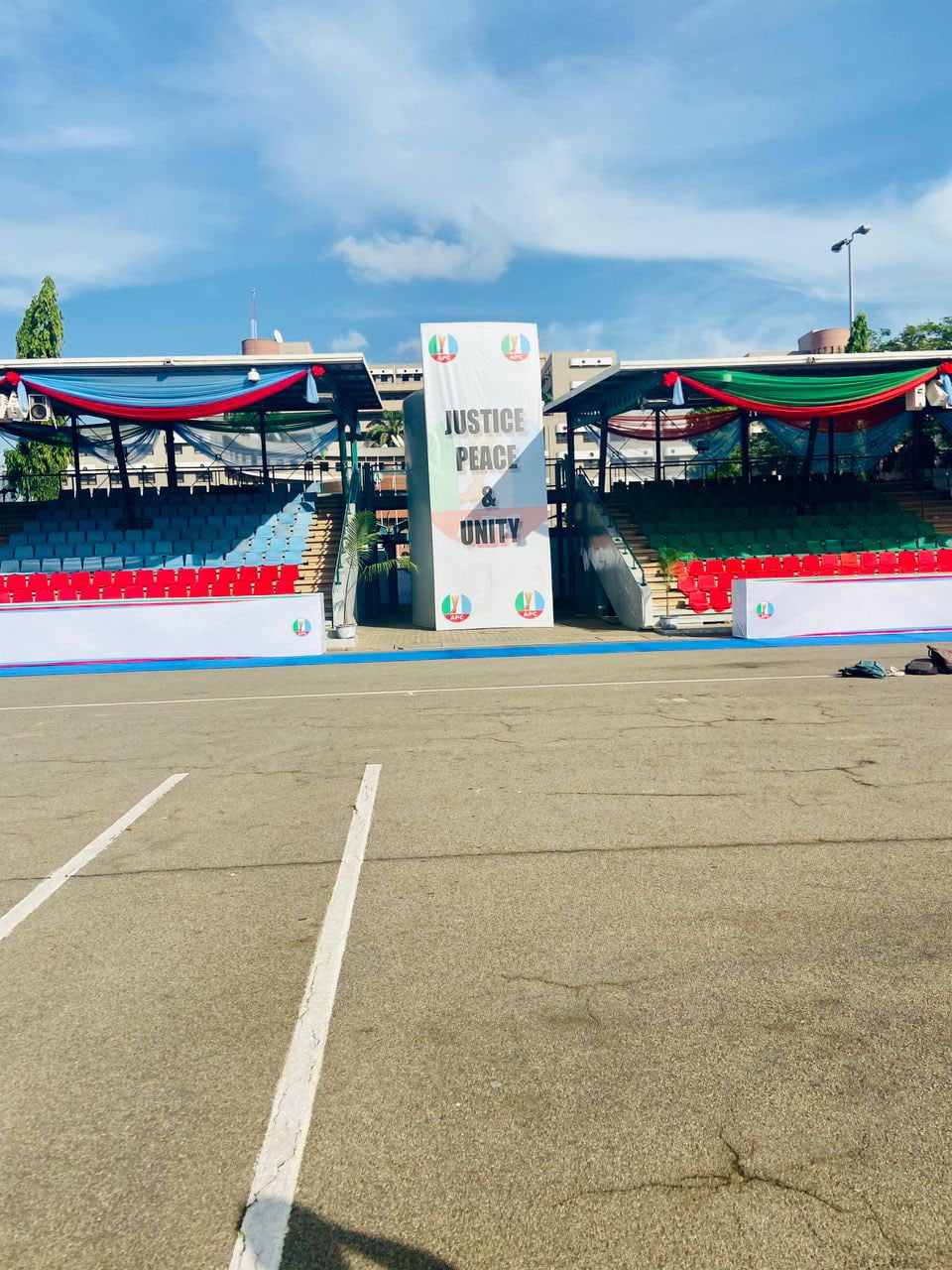 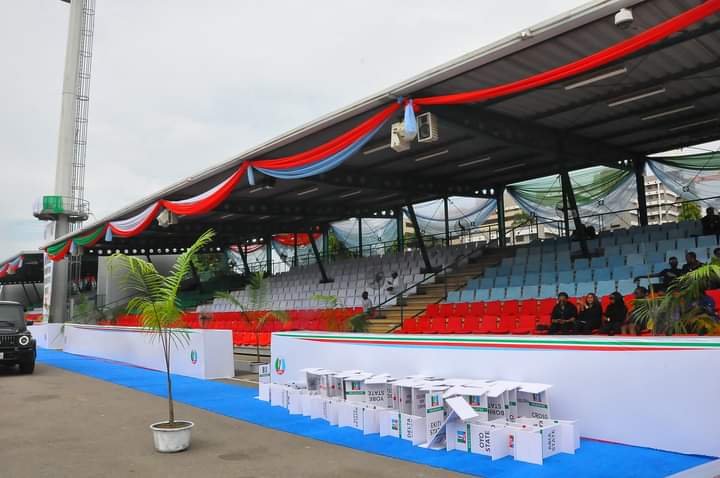 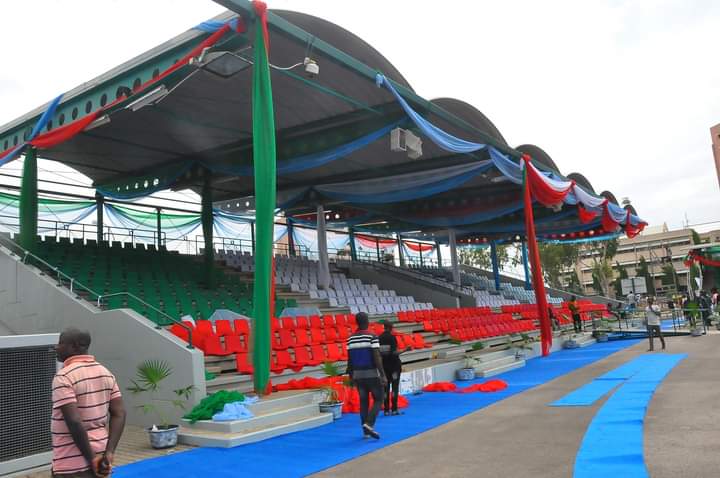 The ad hoc delegates for the presidential primary election of the ruling All Progressives Congress, APC, are all set to elect the party’s flagbearer for the 2023 general elections. The primary election starts today, Monday, June 6th, 2022.

The ruling party sold 28 forms to 28 different aspirants at the rate of N100 million each and 23 of these contestants were screened last week.

Among the 23, 13 of them were said to have passed the screening exercise, according to John Oyegun, Chairman of the party’s presidential screening committee, while 10 others were ‘disqualified’.

However, the National Chairman of the APC, Abdullahi Adamu, countered the Screening Committee’s report, saying that no aspirant was disqualified. He said that all the aspirants would battle it out for the party’s sole presidential ticket.

Three aspirants, namely: the Minister of Labour and Employment, Chris Ngige, Governor of the Central Bank of Nigeria, CBN, Godwin Emefiele and the Minister of Petroleum for State, Timipreye Sylva, did not submit their forms, while former President, Goodluck Jonathan and Akinwumi Adesina did not show up for screening.

The APC has a total of 2,340 delegates who are set to cast their votes for the aspirants.

And from all indications, Bola Ahmed Tinubu, Chibuike Amaechi, Prof. Yemi Osinbajo and Ahmed Lawan are the leading contenders for the party’s ticket.

Meanwhile, the Northern APC Governors had at the weekend asked aspirants from the region to step down and allow their Southern counterparts contest for the primary. The Governors agreed that it was the turn of the South to produce the next President.

They called on President Muhammadu Buhari to pick his successor from the Southern part of the country.

In another development, President Muhammadu Buhari, on his return from the Kingdom of Spain at the weekend, met with all the presidential aspirants of the party, urging them to settle for a consensus candidate. However, it seems that the ruling party’s aspirants are finding it difficult to reach a consensus.

According to the Electoral Act, all the candidates must agree to step down for one of them for a consensus to be reached and if this is not the case, they have to battle it out in the primaries.

The ruling All Progressives Congress has today, tomorrow and Wednesday to decide who bears its flag for the 2023 presidential election.

Alhaji Atiku Abubakar has already emerged the presidential candidate of the main opposition Peoples Democratic Party, PDP, and is keenly watching to know his opponent.

Follow this thread for updates and results of the APC presidential primary election.